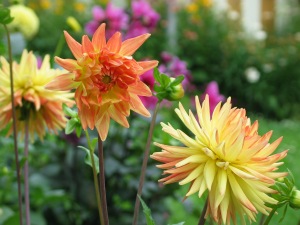 There to serve go they in that fine, superbly accountable institution of new-world democracy we call the Red Chamber, the Senate of Canada, a.k.a., the Nut House of the Great White North.

It lives and breathes, wheezes and fusses, as it spins a cocoon for its members – duly appointed by successive Liberal and Conservative enclaves of power – to dutifully inhabit. From there, these silk worms of privilege execute their light tasks, pocketing, for their devotion to their elected patrons, all the ducats they can horde, and then some.

Fresh from two years of gazing at the navels of broadly embattled former Tory Senators Mike Duffy and Pamela Wallin (who were, incidentally, journalists in previous incarnations), the nation’s auditor general, Mike Ferguson, has apparently decided that the whole institution is, in effect, ethically bankrupt.

According to a report from the CBC, whose Chris Hall broke the story last week, “The three most powerful figures in the Senate are among those flagged by the auditor general to repay inappropriate expenses. Senate Speaker Leo Housakos, government leader Claude Carignan and Opposition leader James Cowan have confirmed they are among 21 senators who have been found to have filed ineligible expenses.”

What’s more, “Another nine senators were found to have ‘big problems’ with ineligible expenses and their cases will be referred to the RCMP for criminal investigation following the auditor general’s exhaustive two-year review.

“CBC News has learned that 50 copies of the auditor general’s report will be handed over to the Senate as well as to the Prime Minister’s Office. The report won’t be made public until (June 9), giving staff the weekend (June 6-7) to craft talking points in response to the auditor’s potentially damaging findings.

“Housakos and Cowan are vowing to fight the auditor general’s conclusions on their expenses. Carignan said the auditor’s findings in his case related to expenses by one of his staff, who has already reimbursed about $3,000. But multiple sources tell CBC News the revelation that the current leadership are among those with inappropriate spending has left other senators fuming.”

No kidding. Still, Canadians should be fuming about more than potential and alleged indiscretions and improprieties in the paper chase that has become the Canadian Senate. They should be outraged by the fact that a fundamental institution in this democracy can so easily resemble a cheap grift; a lazy, long-term con job at taxpayers’ unexpected expense and unwitting sufferance.

Then again, to what and to whom should they direct their opprobrium?

Is it to individual senators who, reason supposes, possess IQs above room temperature and so, logic dictates, would have sought, on their own, the path that was least likely to sever their Achilles heels in oh-so-public a manner?

Is it to the Red Room’s managers, legal interpreters and insouciant administrators who have managed to provide only stunningly poor advice on what, and what does not, constitute a legitimate expense claim?

Is it to senior bureaucrats who have, in their predictably unseemly way, bullied and arm-wrestled senators for votes on politically expedient issues?

Or, is it to generations of prime ministers who have used the Upper Chamber as their political bull pen?

In fact, if I didn’t know better, I’d propose that the Upper Chamber simply doesn’t possess the practical cunning and rude brainpower to successfully and deliberately defraud Canadians of their nickels and dimes, dollars and cents.

I might even suggest that those particular talents express themselves, most efficaciously, in an entirely separate Nut House of our parliamentary democracy.