The mysteries of life on Earth abound 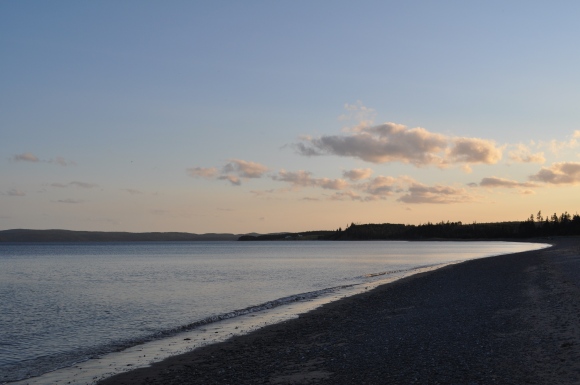 Nietzsche was wrong. God is not dead. But he is. . .well, uninteresting.

Having borne witness, last year, to the discovery of the particle that was supposed to explain everything (and, in fact, does, just as predicted) British mathematician Stephen Wolfram complained, “At some level I’m actually a little disappointed.”

Why? The formidable Stephen Hawking, the Director of Research at the Centre for Theoretical Cosmology at the University of Cambridge, put it this way: “The great advances in physics have come from experiments that gave results we didn’t expect.” Added Columbia University physicist Peter Woit, “I always felt the best possible thing. . .would be to not see the Higgs.”

All of which only proves what every nerd and geek knows in his or her ComiCon-drenched soul: Poets can’t hold a candle to scientists for unalloyed sentimentality.

But if the cosmos is entirely explicable, what are we to make of its constituents – specifically, this third rock from a yellow dwarf star in the suburbs of the average-sized galaxy we call The Milky Way? The mysteries that attend life of Earth show no sign of remission. If anything, they advance in perfect marching step.

Today, Egyptians rejoice at the removal, by their unelected military, of their duly elected president Mohammed Morsi. As the Globe and Mail’s Patrick Martin notes, “Historic Tahrir Square exploded in joy shortly after 9 p.m. Wednesday when, for the second time in two years, Egypt’s military leaders announced they have forced the country’s president from office, relieving him of his command and replacing him with an executive of their choosing. . .It was an odd thing to celebrate. Just 29 months ago, many of these same people had occupied Tahrir Square and cheered the prospects of democracy finally coming to Egypt. This warm night in July, they were welcoming back a military-led transition in place of a democratically elected president.”

Today, U.S. President Obama (who doesn’t know what to think about the latest developments in Egypt) is hell-bent on completing his man hunt for Edward Snowdon, the former National Security Agency contractor who leaked specifics about American and British surveillance programs that target, essentially, everyone.

According to the Guardian this week, “The plane carrying the Bolivian president, Evo Morales, from Russia has been rerouted to Austria, following suspicions that (Mr. Snowdon) was on board, leading to a major diplomatic incident. The Bolivian foreign minister, David Choquehuanca, said French and Portuguese authorities refused to allow the plane to fly through their airspace. He added that rumours Snowden was on board were unfounded. ‘We don’t know who invented this lie. We want to denounce to the international community this injustice with the plane of President Evo Morales,’ Choquehuanca told Associated Press.”

Today, a new study from the World Meteorological Organization finds that the ten-year span between 2001 and 2010 was the warmest decade in 160 years. Says the WMO news release: “The world experienced unprecedented high-impact climate extremes during the 2001-2010 decade, which was the warmest since the start of modern measurements in 1850 and continued an extended period of pronounced global warming. More national temperature records were reported broken than in any previous decade. . .Global-average concentrations of carbon dioxide in the atmosphere rose to 389 parts per million in 2010 (an increase of 39 per cent since the start of the industrial era in 1750), methane to 1808.0 parts per billion (15 per cent) and nitrous oxide to 323.2 parts per billion (20 per cent).”

Still, other research paints a somewhat different picture. In May, Scientific American reported: “The Earth is now warming faster than at any time in the last 11,000 years, but scientists do not understand clearly why the atmosphere has warmed less than they expected over the last decade or so – and more slowly than in the 1990s.”

God may be boring. We, on the other hand, continue to ignore His example.