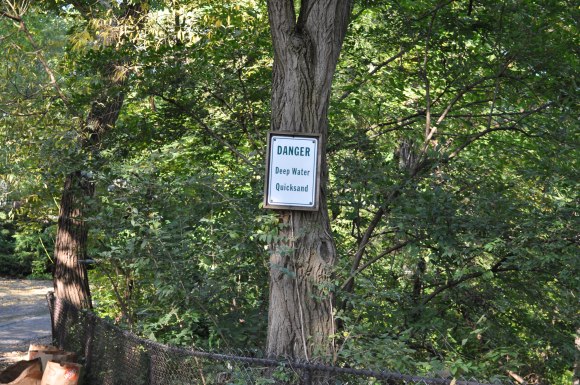 In school, everything came easily to me. Everything, I  should say, except math, a subject at which I was utterly hopeless. In this, I was in good family company. One of my forbears failed algebra so many times, he abandoned any thought of attending an Ontario university.

My Waterloo arrived in Grade Eight when, having scored a two out of a possible 100 on a quiz, my teacher – a woman who seemed to my 12-year-old eyes to be as old as Methuselah, but who was probably only as wizened as I am now – openly wondered whether some administrator had committed a grievous error by placing me in her class.

She genuinely wanted to know. She had never before detected such an obvious and spectacular deficiency in any of her pupils. My mere presence vexed her almost viscerally, like a foul odor.

In those days – the early 1970s – Canadian public schools were not well equipped to manage problems like mine. The phrase, “learning disability”, had not yet entered the academic lexicon. And since no authority seemed inclined either to mitigate my circumstances or, in the alternative, prevent me from matriculating, I carried my handicap – mysterious, undiagnosed – into high school.

Some weeks into my first term, my freshman year trigonometry teacher turned to me and queried, “You’re not really getting any of this, are you?” With a palpable sense of relief, I admitted, “No, I’m not into math.” He grinned: “Sure you are. You just don’t know it yet. See me after class.”

With that, he embarked on what was, for the day, an unprecedented course of personal tutelage. And when he was done with me, not only did I get it; I loved it. He had identified the glitch in my software and repaired it. Thanks to him, I spent the next three years actually enjoying myself.

All of which, it seems to me, underscores the enormous importance of the one academic resource many members of the public – and, to their eternal shame, some politicians – routinely vituperate: the teacher.

For every hellion who calls a kid a dummy (not something any pedagogue is likely to get away with these days), there are at least two who know better and do better.  In fact, the role that good teachers play in the lives of their charges is almost immeasurable.

Writing for the Organisation for Economic Cooperation and Development (OECD) a couple of years ago educator Brian Keeley declared, “It’s hard to overstate the importance of teachers. Strip away the other things that determine how well students do – such as social background and individual capacity – and you’re pretty much left with teaching as the major factor that can be shaped by education policy.”

And, around the world, the happiest results correlate with the earliest starts.

A recent OECD report states that in Sweden “The system of pre-school education is outstanding: (a) in its fidelity to societal values and in its attendant commitment to and respect for children; (b) in its systemic approach while respecting programmatic integrity and diversity; and (c) in its respect for teachers, parents, and the public. In each of these categories, the word ‘respect’ appears. There was trust in children and in their abilities, trust in the adults who work with them, trust in decentralised governmental processes, and trust in the state’s commitment to respect the rights of children and to do right by them.”

In Finland, the OECD concludes, “The early childhood education workforce has several strengths, such as a high qualification level of staff with teaching responsibilities, advanced professional development opportunities and favourable working environments. Staff with teaching responsibilities are well educated and trained with high initial qualification requirements. Professional development is mandatory for all staff; and training costs are shared between individual staff members, the government and employers. Working conditions in terms of staff-child ratio are among the best of OECD countries.”

In international surveys, Canada ranks reasonably well in the quality of its teachers and in the support it provides to them. But if the benefit of a good education is a tolerant, literate, productive, innovative and just citizenry, then the return on investing in teachers is priceless.