When home-sweet-home becomes a battlefield 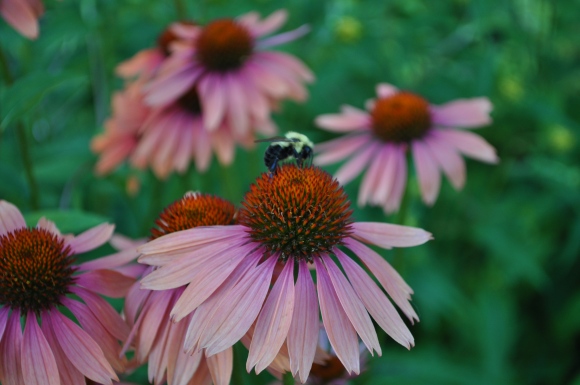 Each and every day, the Atlantic Institute for Market Studies (AIMS) concerns itself with the weighty problems of life on Canada’s east coast – problems such as equalization, energy policy, health care, labour markets, municipal tax reform and. . .um. . .doorknobs.

That’s right, doorknobs; specifically, whether they should be round or levered. Here’s what Marco Navarro-Genie, AIMS’ president, had to say on the subject in a recent commentary for The Chronicle-Herald of Halifax:

“Vancouver’s recently passed legislation outlawing round doorknobs for new construction, favouring protruding levers instead, seems enlightened and compassionate toward those with limited manual dexterity, such as the elderly. . . .Surprisingly. . .the move puts children between the ages of six and 10, who are roughly about 125 centimeters tall, at significant risk. Door levers are disastrously dangerous for them, especially boys.”

Mr. Navarro-Genie then references two recent studies – one published in the British Journal of Opthalmology; the other in the Annals of Pediatric Surgery – that cite cases of detached retinas and pierced throats thanks to unfortunate collisions with the pointy ends of levered doorknobs.

Indeed, the good fellow seems downright offended by one Halifax city councillor’s  desire to have her municipality emulate Vancouver. “Coun. Jennifer Watts promises similar enlightenment for Haligonians,” he writes. “Perhaps less impressive is the ideological motivation of progress. For some, the thought of being ‘ahead of their time‘ is an exhilarating experience. . .Imposing the use of levers in all public buildings might not be far behind when people live by the dictates of progress or by the desire to out-progress others.”

That’s certainly been my observation. In fact, it is my contention that the road to hell is paved not with good intentions but with the “desire to our-progress others”. Presumably, that’s why the economy of the Maritimes is in such rotten shape these days. We’ve all been too busy out-progressing one another to stick to our knitting.

Mr. Navarro-Genie’s point assumes that kids between the ages of six and 10 are either idiots or masochists. It also suggests that parents and other adult guardians or caregivers are either too distracted or too callous to notice junior impaling himself on a doorknob. Fair enough.

Still, why stop with mere handles? In a world fraught with dangers, the home can be a veritable minefield.

Consider, for example, the door, itself. Even without a knob, this deceptively harmless contrivance is an accident just waiting to happen. Try jamming your fingers between the hinges before slamming it shut and then tell me I’m wrong. Try banging your head against the molding until you see stars and you’ll know I’m right. You’re welcome, brother.

And what about walls? You’re bound to run into at least one of them, especially if you’re a sleepwalker (or just home after midnight on New Years Eve). If, on the other hand, you are tempted to remove one or two for reasons of safety, if not feng shui, you risk bringing the ceiling down on your head. So, don’t be fooled. Walls only seem like your best friends. In reality, they’re out to get you, just like everything else in your home.

The obvious perils include falling fridges, exploding gas ranges, flying fireplace pokers, exploding circuit breakers, leaky roofs, and crumbling chimneys. But forewarned  is forearmed. It’s the less obvious threats that are more likely to do you in.

Have you considered how much safer you would be without a flight of stairs to face every morning and night? You might climb those puppies 1,000 times never thinking that there, but for the grace of the Almighty, go you slipping and tumbling into a traction cast for six months.

It is as Mr. Navarro-Genie says, when he writes, “It is not too late for Haligonian councillors and future copycats elsewhere to consider whether to sacrifice even one child’s vision for the sake of easier access. Given that (the) Halifax Regional Municipality cannot modify the building code without the intervention of the province of Nova Scotia, legislators must also consider the question. . .So let’s think of the children.”

Hells ya!  And let’s keep the doorknobs round while we’re at it.