A year in the life of a Hog Town mayor 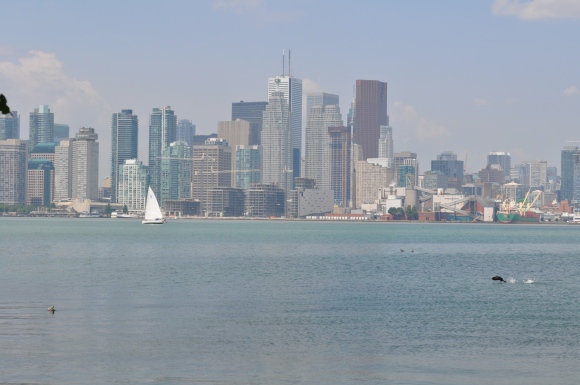 For reasons known only to the furies, each time I travel to Toronto, I bring with me atrocious luck for its hapless, erstwhile chief magistrate.

To be honest, I had no inkling I had such compelling cosmic connections. But the evidence is now irrefutable.

“Absolutely not true,” the wounded mayor bellowed when scrummed by members of the media. “It’s ridiculous. It’s another Toronto Star whatever. . .I do not use crack cocaine, nor am I addicted to crack cocaine. As for a video, I cannot comment on a video that I have never seen or does not exist. It is most unfortunate, very unfortunate, that my colleagues and the great people of this city have been exposed to the fact that I have been judged by the media without evidence.”

In August, I was back and so was Mr. Ford in Hog Town’s increasingly funny papers. Having raised a ruckus in the city’s east end, the visibly inebriated public official  later insisted on his radio call-in show: “I drove myself down there, I was not drinking. I went out, had a few beers and I did not drive home. My people met me.”

Some after that, however, he admitted that what had occurred “was pure stupidity I shouldn’t have got hammered down at the Danforth. If you’re going to have a couple drinks you stay home, and that’s it. You don’t make a public spectacle of yourself.”

Summer faded as Mr. Ford’s troubles escalated, and by my November trip to TO, the mayor was sullenly singing a different tune.

Now, courtesy of a Globe and Mail “exclusive” last Thursday (just in time for my first visit with my second Toronto grandkiddy), we are proud to witness this:

“A second video of. . .Rob Ford smoking what has been described as crack cocaine by a self-professed drug dealer was secretly filmed in his sister’s basement early Saturday morning. The clip, which was viewed by two Globe and Mail reporters , shows Mr. Ford taking a drag from a long copper-coloured pipe, exhaling a cloud of smoke and then frantically shaking his right hand.”

On Friday, shortly before midnight, the frequently dazed and confused mayor issued the following statement:

“Tonight, I want to take some time to speak from my heart to the people of Toronto.  It’s not easy to be vulnerable, and this is one of the most difficult times in my life. I have a problem with alcohol and the choices I have made while under the influence. I have struggled with this for some time. Today, after taking some time to think about my own well-being, how to best serve the people of Toronto and what is in the best interests of my family, I have decided to take a leave from campaigning and from my duties as mayor to seek immediate help.”

Of course, had he faced his responsibilities earlier, he might have saved the city and the people he claims he loves a whole lot of embarrassment and heartache. I doubt that a “leave of absence” to clean himself up will do much to restore confidence in Toronto’s municipal culture or civic leadership, both of which Mr. Ford and his cadre of “loyalists” have thoroughly fouled in recent months.

Through it all, it’s impossible to dismiss the conviction that Mr. Ford still doesn’t get it. He still thinks, at some infantile level, that the world is out to get him – that he is not the author of his own misfortunes.

When a man proves that he can’t run his own life, it’s tragic.

When that man also happens to be the mayor of one of North America’s largest cities, it’s actually terrifying.