When the new intern walks with a cane 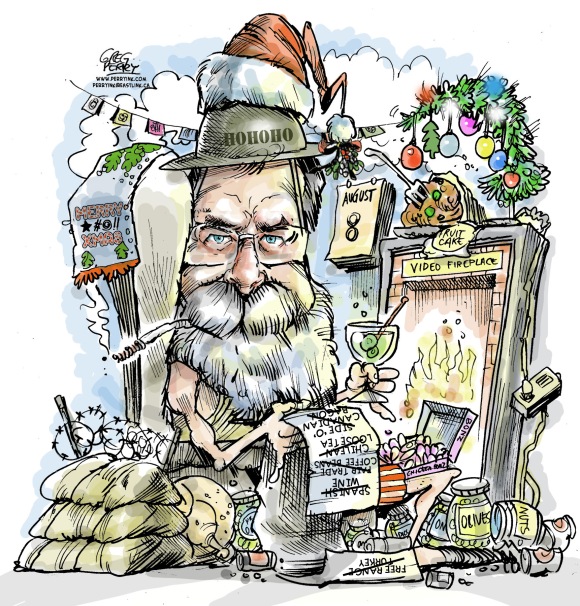 In a recent issue of The Economist, an ad for the Mandarin Oriental hotel group features   Hollywood heavyweight Morgan Freeman reclining serenely on a couch, his handsome, septuagenarian face the picture of health, confidence and Cheshire Cat-like perspicacity. He is smiling as if to say, “You know I’m not going anywhere.”

The image is oddly appropriate, as it appears directly opposite an editorial entitled “A billion shades of grey,” which examines the gathering economic and demographic tsunami of old folks who can’t afford (or just don’t want) to retire from work.

Mr. Freeman, it’s safe to say, does not suffer from such problems. The star of cinematic triumphs, including Driving Miss Daisy, The Shawshank Redemption and Invictus, works when the work, itself, interests and (presumably) enriches him. Apparently, that includes occasionally lending out his white-whiskered mug to luxury hotel chains.

But for millions of others in the industrialized world, the choice is not so cavalier. Not surprisingly, then, society’s various workplaces are becoming inexorably geriatric. Notes The Economist: “The world is on the cusp of a staggering rise in the number of old people, and they will live longer than ever before. Over the next 20 years the global population of those aged 65 or more will almost double, from 600 million to 1.1 billion. . .(The) striking demographic trend (is) for highly skilled people to go on working well into what was once thought to be old age.”

So it is in The Great White North (pun, fully intended). A Statistics Canada study, released earlier this year, found that “many older workers who leave long-term jobs do not fully enter retirement. In fact, over one-half of workers aged 55 to 64 who left long-term jobs between 1994 and 2000 were re-employed within a decade.”

We Atlantic Canadians appear to be less anxious to punch a clock while our own biological ones are clicking down to the inevitable zero hour, but the data doesn’t factor in other findings that have pointed to the East Coast’s disproportionate share of small, entrepreneurial businesses, whose moms and pops do, quite literally and often, work till they drop.

I imagine that would be me. I belong in the generational camp (right between the baby boom and Gen X) whose members often thought self-employment was a brave and noble endeavor (much like, I imagine, a trapeze artist thinks nets are for wimps).

At any rate, I’ve been doing this for long enough that any conception of retirement seems, to me, quaintly antiquated – a notion that might have preoccupied my grandfathers when private pension plans for middle-income earners actually meant something, and equity investing was for the risk-embracing wealthy way over there, on the other side of the railroad tracks.

In fact, the western workplace is merely transforming to reflect the salient trends in our culture over the past 30 years.

Begin with a healthy disdain among policy makers, politicians and corporatists of every stripe for unions, worker welfare, protective regulations, and rational guidelines in financial markets. Add a healthy dollop of technological innovation. Sprinkle in advances in medical science and improvements in overall nutrition. Then stir.

Et voila! What you get is a super geezer ready, willing and able to deploy his vast reservoir of work and life experiences in the service of that hot, new, nameless, faceless, off-shoring entity that pays the bills until it, or he, finally succumbs – whichever comes first.

In fact, increasingly, this is how the corporate world both likes and eats its cake. As The Economist points out, “the notion of a sharp division between the working young and the idle old misses a new trend, the growing gap between the skilled and the unskilled. Employment rates are falling among younger unskilled people, whereas older skilled folk are working longer.”

That’s good news for those of us who, by necessity or choice, aren’t going anywhere.