Seeing the forest in our urban trees 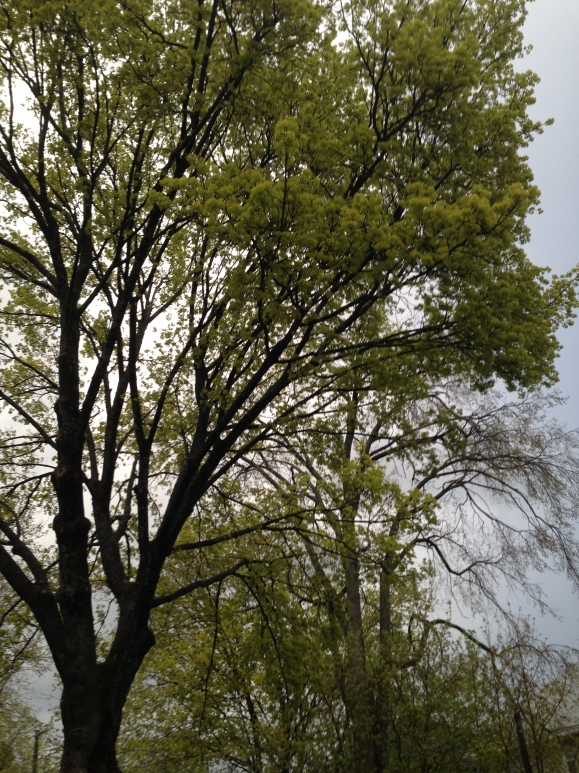 The TD bank complex in downtown Toronto is the product of a procedural imagination, a throwback to the so-called international style of architecture that eschews all forms of ornamentation, especially those afforded by Mother Nature, herself.

How brilliantly ironic, then, that one of that institution’s senior officials, having for too long tolerated the glass and steel that frames his working life, now declares that trees are a city’s true salvation.

But, then, that’s Craig Alexander for you. The senior vice-present and chief economist of Canada’s second-largest bank with a current market capitalization of $102 billion has been plunking away in the minor keys of capitalism for years, hoping to provoke more innovative and socially redeeming uses for the filthy lucre that makes the world go round.

This time, he’s latched onto trees.

“Urban forests play a much greater role than just beautifying the scenery,” he writes in a recent special report entitled, “Urban forests: the value of trees in the city of Toronto.” In fact, the “green space. . . is a critical factor in environmental condition, human health and the overall quality of life.”

According to Mr. Alexander’s research, 10 million trees from 116 different species comprise Hog Town’s urban forest, covering 30 per cent of the city. That’s about 16,000 trees per square kilometre, or four for every man, woman and child.

What’s more, they’re worth a fortune. If you were to chop them all down and start over, you’d need to spend about $700 per tree or $7 billion in total to reforest places like the Don Valley, Highland Creek and Rouge River watersheds.

But why do that? “Beyond their value as a commodity,” Mr. Alexander asserts, “urban forests help ease the burden of managing snow, rain and other wet-weather flow by intercepting falling precipitation in their canopy, increasing the amount of water absorbed into the ground, and reducing soil erosion.”

And that’s not all. Trees generate oxygen, absorb carbon dioxide and scrub the air of other pollutants. In fact, each year, Toronto’s forest gobbles up 25 per cent of the city’s industrial emissions. That’s about equivalent to the exhaust from a million automobiles. “The amount of air pollution bated by Toronto’s urban forest generates an annual savings of $19 million  – just under $2 per tree,” Mr. Alexander notes.

Then, there is the efficacious effect trees have on property values, as they help moderate the micro-climates of leafy neighbourhoods and yield energy savings to homeowners. All in all, Mr. Alexander writes, “The City of Toronto’s urban forest. . .provides an additional $80 million of environmental benefits and cost savings each year. . .The annual maintenance cost of a tree is roughly $4.20. For every dollar spent on maintenance, trees return $3.20 to the community. . .Trees located in areas where it is difficult for them to grow – such as street(s) – return about $1.35 of benefits for  every dollar spent.”

So, the bottom line is, as this banker quips, “keeping the green on our streets, keeps the green in our wallets.”

Still, whenever I read one of Mr. Alexander’s informative, cheerfully written reports, I get the impression he’s talking about something bigger than just the subject on which he’s focussing.

Two years ago, he authored a widely-quoted study on the long-term benefits of investing public money in structured, universally accessible early childhood education. His argument followed a familiar train: “High quality early childhood education (ECE) has widespread and long-lasting effects – not only for children, but for parents and the economy as a whole. . .For every dollar invested, analysis shows the return ranges from roughly $1.5 to almost $3, with the benefit ratio for disadvantaged children being in the double digits.”

There is a certain, hopeful subtext in all of this – the notion that our lives in this country needn’t be proscribed by the procedural manipulations of capital markets, and the cookie-cutter thinking these inevitably produce.

Sometimes, by dint of real imagination, we do spend money on the right things precisely to improve our lot and that of our neighbour.

We do see the forest for the trees.