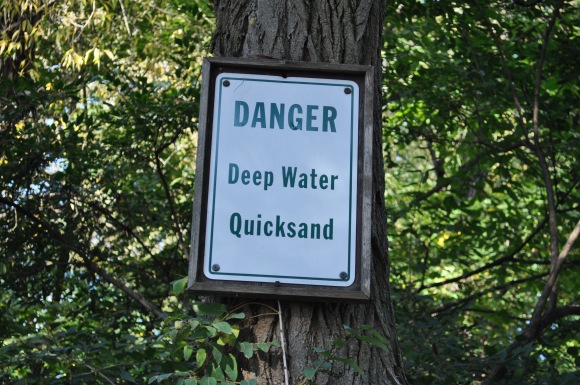 I have no personal beef with Rothesay, New Brunswick, Mayor Bill Bishop. I don’t know the man. But I am exquisitely acquainted with his particular brand of parochialism.

It is the sort of mean-minded, distrustful fear-mongering that undermines diversity, shuts down business opportunities before they have a chance to bloom and gives small, semi-urban communities a bad name from coast to coast to shining coast.

To be clear, hizzoner’s britches are bunched over the Funky Monkey Sandwich Shop – a Traveling Willbury of grilled paninis, which has been operating for several months in the vicinity of Mr. Bishop’s municipal back door.

As this enterprise comes from the foreign country of Quispamsis, about 11 minutes distance from noble Rothesay by car ride, you might (or might not) understand the good fellow’s objection:

“You have to know Rothesay, it is not your regular community,” he rather lamely told the CBC this week. “We people here have been here for decades and they have very firm beliefs, and needs and wants and the word change in Rothesay is not a welcome word.”

Indeed, according to the CBC report, “Bishop said he has nothing against Dan Landry, the Funky Monkey’s owner, but a mobile restaurant is ‘not the type of enterprise that we welcome in Rothesay.’”

Meanwhile, Mr. Landry can’t figure out what the mayor is talking about.

In fact, the very requirement to defend himself in the court of public opinion, against a fossilized notion of community values, is not the shame of Funky Monkey’s main man; it’s ours. We let this garbage happen all the time, everywhere in this benighted region of ours. We have for years, for decades.

Halifax doesn’t pit itself against Moncton for concerts and sporting events. It fights cage matches for such opportunities against Dartmouth, Bedford and Sackville.

Sydney would rather witness Cape Breton become a theme park for Chinese technocrats fascinated by the possibilities of a coal-fired, mag-lev monorail than see Glace Bay obtain one, new, pathetic store opening.

We are, in this sea-bound region, our own worst enemies; forever imagining that the town just down the pot-holed road is waiting to pounce, preparing to storm the gates  of our own, oh so very special, burg. After all, don’t you know, Anytown, Atlantic Canada, is “not your regular community.”

Indeed, “We people here have been here for decades” and we “have very firm beliefs, and needs and wants and the word change”. . .well, friend, it’s just not a welcome word at all.

Parochialism, thy name is Atlantic Canada.

From our inter-provincial trade barriers to ancient regulations governing skills qualifications and labour mobility – from restrictions on provincial exports of wine to sign posts about honey bee imports – we are a lonely, miserly, short-sighted lot fated, it seems, to suffer all the consequences of our provincialism, insularity and localism.

I have known far too many men and women in this region who have closed their fists, when they might have opened their hands. I have seen them shut their eyes from seeing and block their ears from hearing.

I have also seen and heard these same patriarchs and matriarchs make appalling, disingenuous speeches about the inestimable value of the East Coast way of life, about the incomparable standard this region provides to those lucky enough to have a way to make a living.

Unless, of course, they happen to run a food truck into a burgermeister’s territory, just down the road from economic perdition.