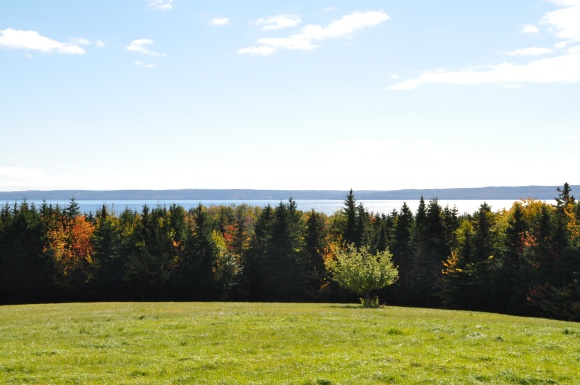 As a direct descendent of Robert the Bruce (as are all of us who bear his last name, don’t you know), I wonder how I would vote – were I real Gael and not some poseur separated from the mother country by seven generations of Canadian rock farmers – in this week’s referendum for Scottish independence from Westminster.

Would I be sensible and prudent (like a true Scot) and vote with my head, realizing that that a break from the United Kingdom would, in all probability, result in my reconstituted nation’s immediate economic duress and, quite possibly, social dislocation?

Or would I be passionate and adventurous (also, like a true Scot) and vote with my heart, believing that the challenge of charting the undiscovered country that is sovereignty is just the tonic that five million souls need to engineer a new political and socio-economic order?

Certainly, Spain’s Basque and Catalonian separatists are watching events unfold in Edinburgh with keen and partisan interest. Their sympathies are clear: Be bold, Scotland, and go your own way after more than 300 years under the yolk of British rule; and, while you’re at it, show us how to do it without spilling the blood of innocents.

We, in Canada — where more people claim Scottish ancestry than there are actual Scots  living north of the ruins of Hadrian’s Wall — are somewhat less impressed by the prospect of waking up on Friday only to find a new applicant to the G-20 assembly of nations.

Oh, Albans, are thee mad? So beseeches the Globe and Mail.

“Dear Scotland. . .You made us,” last Saturday’s lead editorial states both unctuously and presumptuously (a strange, oddly affecting, combination that this newspaper has been perfecting for decades). “As a gesture of thanks, we’d like to offer some advice on how to avoid unmaking yourself. This bit of history you are living right now? We’ve already been through that. We may be a young nation but we have far more experience than you on this issue. We nearly tore our country apart. Twice.”

Clearly, the writer forgot that Scotland is, already a “devolved” government within the United Kingdom, with its own First Minister, its own system of education and health care, and a long history of steadily, if incrementally, separating itself from London’s parliamentary influence with, one might add, Britain’s compliance and, oftentimes, complicity.

To compare the predicament that this country (and it is, in fact, just that) faces with Canada’s constitutional wrangles with the province of Quebec in 1980 and 1995, is to juggle apples and oranges and wind up with bananas.

More bananas, courtesy of the Globe: “Dear cousins from across the seas, here is our advice and our plea: Stay in the United Kingdom. Let time pass and passions subside. Make changes happen but within the U.K. And meet us back here in, say, 2040. You can take the U.K. apart then, if you still want to. We think you will not. And we know this: If you take it apart, you can never, ever put it back together again.”

Sort of like Humpty Dumpty, which, as it happens is a figure from a children’s verse, the authorship of which has been attributed to a Scot. . .Just saying, is all.

Ultimately, the Globe – which thinks with the many heads it employs to staff its editorial board – is probably right. Nothing sensible can come from Scotland’s secession from the union of British states, which also includes Ireland and Wales.

And there’s certainly nothing efficacious about becoming what George Will, a Washington Post columnist, recently warned “the 16th among what would then be the 29 nations of the European Union” in terms of GDP.

Somebody, somewhere must have told Canada’s first Prime Minister John A. Macdonald (a Scot) that he was insane to attempt to forge an independent nation from a collection of British colonies. That particular somebody must have thought him downright certifiable when he proposed linking the nation’s two coasts with an intercontinental railroad.

As legend goes, my putative forebear, Robert the Bruce, split the skull of an English general while on horseback at the battle of Bannockburn, during the original war of Scottish independence in the 13th Century.

I am, like most descendants of Alban adventurers, made of less sterner stuff.

But, if I were a true Gael, I’d vote with my heart come Thursday.