Let’s give our kids the tools to rebuild our economy 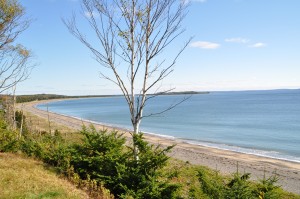 It’s another day, another study, and another crushing disappointment for New Brunswick’s educators.

Evidence of this province’s long, slow slide to academic perdition continued last week with the release of the Pan-Canadian Assessment Program – from the Council of Ministers of Education Canada – which showed that Grade Eight students here ranked either last or second-to-last in math, science and reading evaluations, compared with their counterparts elsewhere in the country.

The results confirmed what everyone knows, but few have wanted to admit: in every important way, we are failing our kids both figuratively and literally. And, in so doing, we are ruining ourselves, squandering every opportunity to build a competitive, innovative, nimble workforce and, by extension, economy.

The growing learning gap in New Brunswick is, inarguably, a more serious problem than accelerating income disparities. In fact, in measurable ways, the latter stems from the former. So does the province’s perennially rising rates of outmigration among lightly educated young people. There are simply not enough low-skilled jobs in this corner of the steppe to keep our youth from seeking, and finding, higher-wage equivalents in other parts of the nation.

The obvious question, of course, is: should we even want to try?

Math, science and reading frame the backbone of critical thinking, which, in turn, engenders empathy, ingenuity, calculation, citizenship and a proclivity to solve, rather than retreat from, problems. What, by contrast, are we doing? The Assessment is unequivocal.

In math, New Brunswick’s mean provincial score was 480, just ahead of Manitoba’s 471, and far off the pace of Quebec’s 527. In science, we came in dead last at 474, compared with top performer British Columbia at 513. And in reading, New Brunswick and Manitoba were statistically tied at the bottom of the pack (with respective showings of 471 and 469); Ontario earned top marks at 524.

In fact, none of these better, national results are especially encouraging, either. They indicate, broadly, that Canada lags many other developed nations in the way it prepares its children for productive, satisfying, durable work lives. But, given the large problems facing New Brunswick’s economy and fiscal condition (and even larger expectations of local politicians for a convincing turnaround), the challenge here is both arch and immediate.

To meet it, we must first understand its particulars, without recourse to partisan and vested interests. We must undertake that which we, apparently, do not teach our children well enough: an empirical, evidence-based approach to problem-solving.

What are the root causes of our system’s failure to adequately educate? What, specifically, are we not doing or doing improperly?

When, in their young lives, do kids learn best and under which circumstances?

Is it through a universally accessible system of early childhood education, integrated into the existing public school architecture, that might cost $2 billion over 10 years, as it does in Norway, Finland and Sweden, where job and economic opportunities for educated young people remain the envy of the world? Indeed, is it mere coincidence that Quebec – which has maintained a standardized, publicly-funded, play-based daycare apparatus since 1998 – scored best in the Pan-Canadian Assessment in math and second-best in reading?

Are we listening to teachers in this province, or just to their administrators – each of whom face their own systemic restrictions, their own status-quotients to fulfill?

And are we listening to the parents of kids who emerge from Grade Eight? Those fresh-faced imps who – not knowing how to read, write, factor a binomial, or parse the scientific method sufficiently well – are forced to issue an inquiry no more penetrating than this: “do you want fries with that?”

Naturally, there is a way out of this morass. Naturally, It begins with us, whose educations afforded us the chance to rise above the least common denominators of our social and cultural pedigrees.

We should examine what other jurisdictions in this country and around the world do best. We should even strike a working group with our counterparts in Manitoba – our national partner in educational perdition – to determine how their experiences intersect with our own, and maybe, just maybe, solve our shared problems together.

You know, the way adults do.