An immigrant’s guide to the Great White North 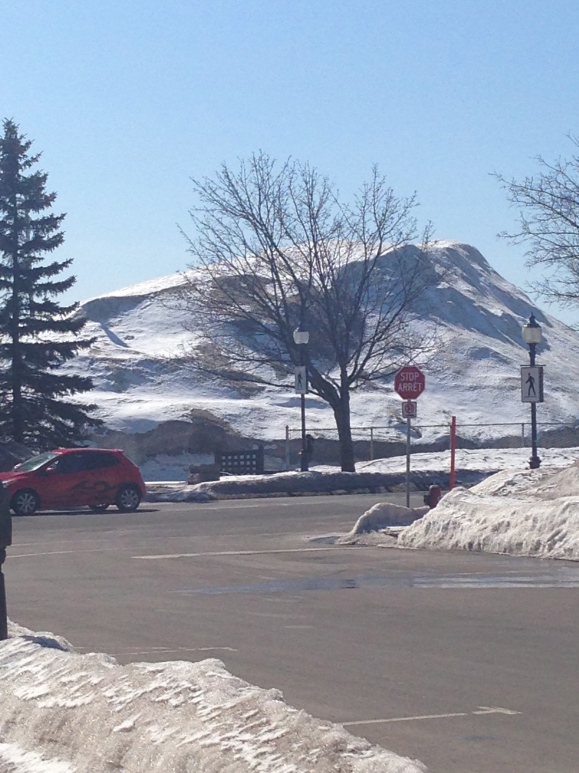 Dear newcomer, from a warm part of the world, rest assured that Canada is a safe and happy place. Our national statistics agency reliably assures us that we boast among the lowest crime rates in the G20, the highest “happiness” index in the developed world, and the greatest per capita consumption of mindless TV shows and comfort food in the modern era.

Now, about our annual deep freeze.

No doubt you caught a piece the other day in this country’s self-anointed national organ of news and popular opinion. The headline, if I’m not mistaken, was: “Teaching Immigrants to endure – even embrace – Canadian winters.”

The front-page Globe and Mail article by Ingrid Peritz went a little something like this: “Pauline Perrotte stood before her class and asked her pupils, all newcomers to Canada, what kinds of rumours they’d heard about Canadian winters.”

It should be said, of course, the Ms. Perrotte is an expat from the south of France who alighted on these frigid shores barely a year ago to teach immigrants how to cope with the Great White North’s signature season. “People hear about blizzards and ice storms, and they start worrying about their families and children,” she declared. “We try to reassure them, tell them that winter is a magnificent season and that adjusting to it is part of their integration.”

None of which stopped a woman from Iran, in her class, from fretting: “You need to wear eye glasses, because your eyes can freeze.”

Another emoted: “It’s as cold as a refrigerator.”

No, objected a fellow pupil from Mauritius, “It’s colder.”

As a seventh-generation Canadian who knows all about the weather of this northern-most reach of the “New World”, I’ll take each of these concerns in reverse order.

Mr. Mauritius, Canadian winters are certainly not colder than a refrigerator. They are colder than the vacuum of space that surrounds the robotic probe somebody just landed on a comet orbiting the sun the other day. And, my friend, darker. . .much darker.

Ms. Perrotte, winter here is not “a magnificent season.”

Indeed, despite what you’ve heard (or been propagandized to instruct), eight or nine months of the year, in which frozen rain, snow, sleet, ice pellets, and drenching slop fall for hours, days and, sometimes, weeks on end, cannot reasonably compare with. . .well, Cuba.

I like Cuba. In February, Cuba is a friend of mine. I imagine I’ll go there one day when my neighbour’s snow blower doesn’t blow a pin, or my back doesn’t prevent me from boarding a plane that’ll get delayed or cancelled thanks to. . .you guessed it. . .the Canadian winter.

As for the woman from Iran who thought glasses would protect her eyeballs from freezing, think again dearie. Frozen pins and cones in the thick of the white is practically a brand statement at Quebec City’s winter carnival (spectacles, notwithstanding).

Having dispelled the rumours and myths about our finest season, here’s a little more advice, anecdotal though it may be, to warm the cockles of your hearts in this black-side-of-the-moon season.

Never throw away your Halloween pumpkins. Simply repurpose them as creepy heads to top your several dozen snowmen. When spring arrives, sometime in July, pop them off, peel them down and cut them up. The soup is terrific. Trust me.

Likewise, never look a crappy mountain bike in the tires. For budget-savvy Canadians, these puppies are godsends. You can pick them up, for a song, at any police auction, ride the bejeezus out of them all winter long, save yourself a fortune in gas, and when that first breath of spring comes wafting in, abandon them in a Walmart parking lot where snow ploughs are sure to bury them under a small mountain of grey slush and ice. In due course, they will emerge, like rusty daffodils, to find their way to yet another police auction.

Hey, babies. . .in Canada, we’re all about the recycling.

The bottom line, newcomers, is that there is a way to survive the Canadian winter.

Tough out the cold and the dark, knowing that the warmth and the light is just a calendar flick or two away.

After all, the summers are our best two months of the year, especially if you’re fond of mosquitos.