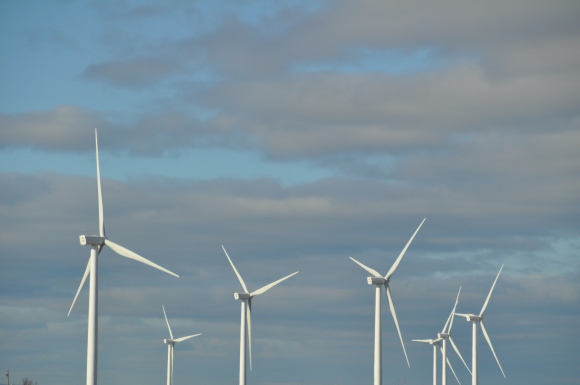 In the endlessly inelegant waltz Canada performs with the international community on the dance floor that is global warming, our federal government is again taking one baby-step forward and another giant leap backward.

Environment Minister Leona Aglukkaq travelled to the UN climate-change confab in New York over the weekend to deliver the following message to delegates already bemused by her masters’ bewildering stance on environmental stewardship: The oils sands of Alberta are, in effect, off the table, but Canada will introduce strict, new standards on the chemicals that air conditioners produce.

That’s rich, coming from a cold country; but richer, still, coming from this nation’s environment minister, who must surely know that emissions from such manufactured products produced in China – and exported for sale in the Great White North – account for less than one per cent of our annual GHG load.

It’s a bit like saying that a Ford 150 is better for Planet Earth because it fits more people than does a Toyota Prius. But that is, in fact, the essence of the argument about climate change emanating — has always emanated — from Ottawa since before Stephan Harper grabbed the reins of a gigantic, gas-guzzling sleigh ride to 1950s-style complacence.

As the rest of the developed world has been doing its level best to heed the warnings of climate research, Canada has all but ignored them. Officialdom, in this country, has taken its position on what it deems to be science fiction: Let the nerds worry about the future; for now, which is the here and now, the economy begins and ends with fossil fuel.

Or, as Minister Aglukkaq opined for the Globe and Mail just prior to her cotillion in New York, “What I can say is that it is too early or give a date and target timelines (regarding Canada’s previously stated commitments to reduce its greenhouse gas emissions). It is important to remember that Canada’s commitments are national which means that the provinces and the territories will have to play a role in that.”

Meanwhile, she added, “Our government will continue to work constructively with our international partners to establish a fair and effective international agreement that includes all major emitters, and we remain committed to that”

The problem with this line of argument is two-fold: first, it’s spun from threads of propaganda and, therefore, utterly specious; second, the world’s two largest emitters have already come to such an agreement without Canada’s involvement, let alone concurrence.

And yet, as the Globe reported prior to last weekend’s Aglukkag appearance, “The environment minister is expected to highlight Canada’s action on hydrofluorocarbons, which have been used by the cooling and heating industry since they were forced to phase out ozone-depleting chloroflurocarbons several years ago.”

As Dale Marshall, a spokesman of the group, Environmental Defence, declared for the hungry press, “I would say they (the feds) are showing up with another meaningless announcement. What they need to be regulating is the oil and gas sector, which is the fastest-growing source of emissions in the country.”

Still, the good fellow is only half-right. Certainly, the minister of the environment has delivered another absurd proclamation. That is her purview, after all. But the fact remains that the developed world is hopelessly addicted to fossil fuels, and the only way out of this downward spiral is to cleave to another, less deleterious, dependency.

No state, provincial or local government in North America – which enjoys the fruits of technological innovation as no other in the world does – has properly reckoned that the petrochemical industry is a means to, not the end of, civilization’s next great advance.

What stops an enlightened politician from stipulating the patently sensible? Cheap, accessible, abundantly available oil and gas must be deployed to build even cheaper, even more accessible, even more available sources of environmentally neutral energy.

If, as geophysicists claim, the world contains 500 years worth of exploitable oil and gas reserves, then let it fuel the brainpower required to produce 1,000 years worth of commercially viable clean-energy and clean-manufacturing technology.

And let us begin now, not later – before the waltz we dance with the fate of the Earth becomes the walk we take around the pyre we lit to burn it down.