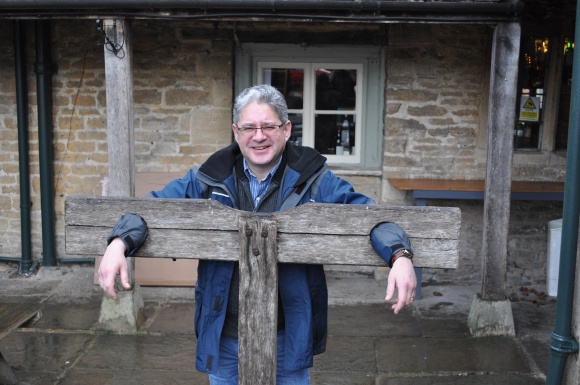 Who says I’m not happy?

As the days trundle by like rocks, gathering speed, rolling down a hill, my thoughts frequently turn inward; and from such reverie a question inevitably arises: Am I happy?

I don’t mean contented or merely satisfied with my lot – my spiffy, little car that still drives, after three years, the way my bank balance hoped it would; my fine ramshackle of a house in Moncton’s gracious Old West End whose basement doesn’t always begin leaking at the merest mention of rain; my cellar stocked with holiday wine and spirits, including a not-quite sufficient supply of New Brunswick-distilled Gin Thuya, the undisputed ambrosia of all such heady elixirs.

By these standards, I would have to conclude that, yes, I am, indeed, happy (especially on Friday and Saturday nights when I’m likely to be found vigorously explaining to one or more hapless family members why James Bond was utterly correct: A martini must be shaken, not stirred).

But these aren’t the benchmarks of bliss an extensive exercise in mid-life naval-gazing in the December issue of The Atlantic magazine deems authentic.

Happiness, writes contributing editor Jonathan Rauch, a senior fellow at the Brookings Institute, is not about stuff or loot or even the absence of serious injury and life-threatening infirmity. It’s about something called the “U-curve” and for many, if not everyone, it is as inescapable as aging, itself.

In fact, that’s kind of the point.

“In the 1970s, an economist named Richard Easterlin, then at the University of Pennsylvania, learned of surveys gauging people’s happiness in countries around the world,” Mr. Rauch reports. “Intrigued, he set about amassing and analyzing the data, in the process discovering what came to be known as the Easterlin paradox: beyond a certain point, countries don’t get happier as they get richer.”

Flash forward 20 years or so and, “happiness economics” re-emerges. “This time a cluster of labor economists, among them David Blanchflower of Dartmouth and Andrew Oswald of the University of Warwick, got interested in the relationship between work and happiness,” Mr. Rauch explains. “That led them to international surveys of life satisfaction and the discovery, quite unexpected, of a recurrent pattern in countries around the world.”

“‘Whatever sets of data you looked at,’ Blanchflower told me in a recent interview, ‘you got the same things’: life satisfaction would decline with age for the first couple of decades of adulthood, bottom out somewhere in the 40s or early 50s, and then, until the very last years, increase with age, often (though not always) reaching a higher level than in young adulthood. The pattern came to be known as the happiness U-curve. . .which emerges in answers to survey questions that measure satisfaction with life as a whole, not mood from moment to moment.”

All of which suggests that human evolution favors the cheerful – or, at least, those who enjoy enough time, leisure, money and job security to ask an existential question or two and, in Mr. Rauch’s case, get paid for running a few answers up the experiential flagpole.

Notably absent from this particular investigation, of course, is any shred of anecdotal evidence from people who might evince real and just cause to feel thoroughly horrible about their lives. Mr. Rauch (who is 54) interviewed people whose mien – baby-boomerish, affluent, employed. . .whiny – resembles his own.

How happy, one wonders, will the victims of the Central Intelligence Agency’s systematic water-boardings, “rectal feedings”, beatings, and sleep-depriving isolation sessions find themselves as they cross into their 50s and 60s, a period when the “research” says they should start feeling perfectly marvelous about themselves?

How beatific is U.S. Senator Dianne Feinstein, chair of the Senate Intelligence Committee, these days? Her report – the first of its kind from any chamber of American government – outlines in devastating detail the horrific crimes against basic decency CIA perpetrated against its prisoners in the aftermath of the 9/11 attacks.

Said Senator Feinstein: “History will judge us by our commitment to a just society government by law and the willingness to face an ugly truth and say ‘never again.’”

Let’s just say that life could be worse, as it evidently is for the millions who haven’t had the pleasure of pondering their own navels at the behest of the latest issue of The Atlantic magazine.