Our home and dangerous land 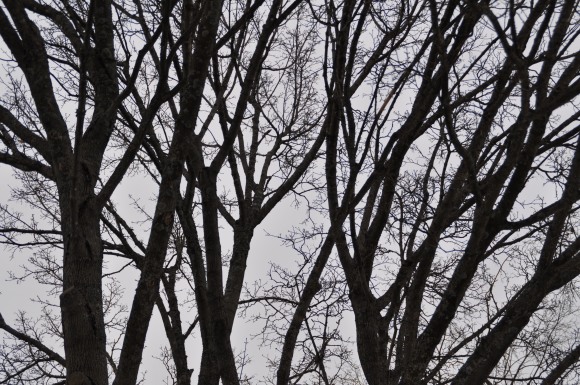 We are, dear Canadians, beset from all sides of the political playing field by the proposition that our lives are no longer our own, that our freedoms are transitory, that our faith in this peaceful, prosperous land is illusory.

We get the message from the federal government, whose Bill C-51 seeks to enact, in its own wordy, doctrinaire manner, “the Security of Canada Information Sharing Act, which authorizes Government of Canada institutions to disclose information to Government of Canada institutions that have jurisdiction or responsibilities in respect of activities that undermine the security of Canada; (and) the Secure Air Travel Act in order to provide a new legislative framework for identifying and responding to persons who may engage in an act that poses a threat to transportation security or who may travel by air for the purpose of committing a terrorism offence.”

At the same time, Part III of the bill “amends the Criminal Code to, with respect to recognizances to keep the peace relating to a terrorist activity or a terrorism offence, extend their duration, provide for new thresholds, authorize a judge to impose sureties and require a judge to consider whether it is desirable to include in a recognizance conditions regarding passports and specified geographic areas.”

But we also get the same message – though inverted – from the Liberal opposition in Ottawa.

As far as Justin Trudeau is concerned, “Conservatives pretend to talk a good game about freedom, but look at what they have done with it. They have fallen a long way from the era of Sir John A. Macdonald to the ‘why do you hate freedom?’ taunts of the recently departed Sun News Network. . .Our social contract sometimes requires us to moderate our freedoms. . .The ongoing question for democracies is how we strike the right balance.”

Then, of course, there is the trusty third hand that is the Fourth Estate, which is always ready to further bewilder a benighted public on matters regarding bodily harm and spiritual peril.

In this respect, Globe and Mail columnist Margaret Wente (that fine newspaper company’s “agent provocateur en chef”) does not disappoint.

In her regular screed on Tuesday, she opined: “Some people are allergic to the T-word. After a lone gunman stormed Parliament Hill last fall, killing a soldier at the National War Memorial, they said it was not possible to conclude that this was terrorism. . .It’s easy to see why certain people want to play down the T-word.”

She also wrote: “The terror threat is a potent weapon in Stephen Harper’s arsenal. . .It’s true that Mr. Harper is overplaying the threat of terrorism. It’s also true that plenty of people are underplaying it. . .And it’s disturbingly clear that an increasing number of young Canadians are being caught up in a radical millenarian death cult.”

Overplaying versus underplaying; business-as-usual threats to the social fabric of this country versus radical millenarian death cults; a government that wants to put us all to sleep with bedtime stories about imminent catastrophe versus a political opposition that’s simply willing to put us all to sleep; a mainstream media that’s more than willing to oblige both ends of the ideological spectrum, oftentimes in the same column newspaper  space affords.

We do, indeed, live in dangerous times – but the greatest threat is to our right to think critically and soberly about the world around us.