As we build it, they do come 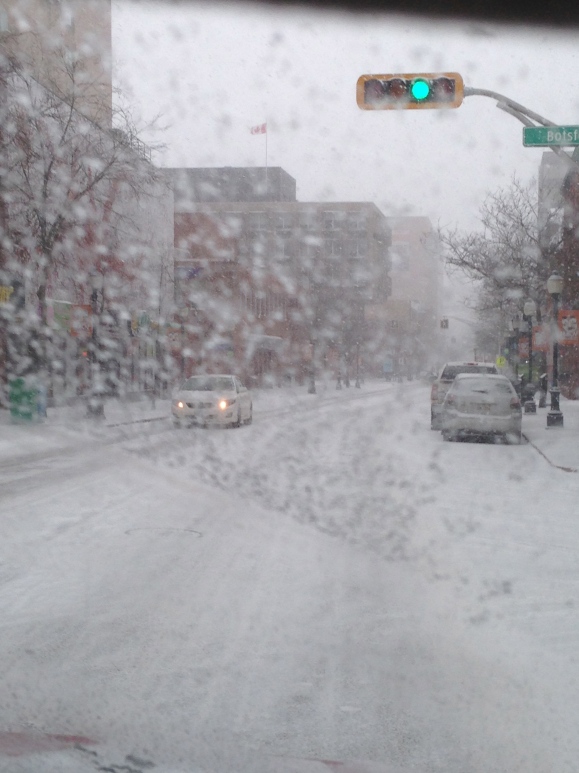 A simple stroll down Moncton’s Main Street reveals the incongruity between the cloistered and the prodigal.

If you dare to see, you will notice entire blocks of historic edifices falling into disrepair, vacant and lonely but for the ghosts of past prosperities they must surely host, even now.

You will perceive the empty storefronts; the blinkered windows, the shuttered doors and the pigeon poop almost everywhere. You will witness what the sedentary rarely observe behind their towers of glass and concrete: an urban core begging for meaningful renewal.

What shape, then, shall it take?

I press my face to the fence that traverses Main from the bottom of Highfield Street and west to Vaughan-Harvey Boulevard. I watch the builders clear the ground for a foundation, from which girders will soar, on which a new chance for some sort of urban renaissance might take root.

I travel down the byway awhile and find a small café at which to ruminate. Here, over a small cappuccino, I dip into the local paper. “Construction on the first phase of Moncton’s new downtown events center has already generated more than $16.5 million in building permits,” the story reports.

Richard Dunn, the city’s economic development officer, is effusive. He says, “We expect the whole downtown center project will spur development in the vicinity of the building. There are a lot of developers who have been waiting for it to start.”

That’s not all, he assures. “It’s not just the events center. We are expecting big changes along Main Street as we have redevelopment grants available for the downtown core and heritage buildings,” he says.

I hope he’s right. So does the Conference Board of Canada, which recently staked at least a minor portion of its vaunted reputation as a reliable economic prognosticator on the efficacious effects of a new multi-use facility in Moncton’s urban core. (That organization predicts a 3.7 per cent, year-over-year growth rate in the Hub City, thanks to construction activity, alone).

In 2013, real research told the tale of this major build in, arguably, New Brunswick’s most commercially successful city.

David Campbell, the province’s current chief economist (who was an independent economic development consultant at the time) told Moncton City Council that the new downtown center, will annually “attract between 317,000 and 396,000 people. . .generating between $12 and $15 million in spending.” In the process, it will “support retail, food service, accommodation and other services in the downtown,” where it “should also support residential growth.”

The important point, which Mr. Campbell argued rigorously and cogently, was that a new centre is not – as some have proposed – a luxury; it is quite nearly a necessity. “Downtown – only 1.5 per cent of the city’s land area – generates nearly 10 per cent of the total assessed tax base and over 14.4 per cent of property tax revenues,” he pointed out. In fact, the urban core “generates nearly 11.5 times as much property tax revenue, compared to the rest of Moncton, on a per hectare basis.” What’s more, “the cost to service the downtown is much lower compared to many other neighbourhoods around the city.”

Perhaps this will change in the coming months, as those who have been cloistered walk out their doors and imagine the civic life that could be, sometime soon, all around them.