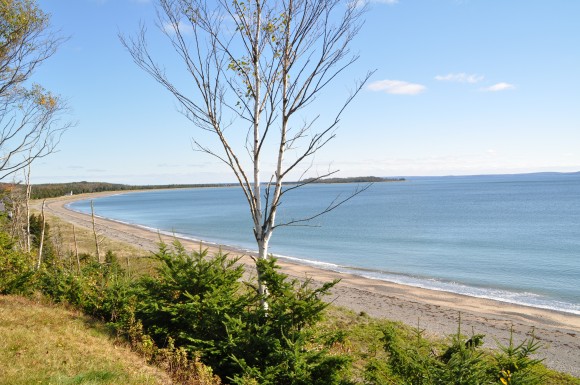 We can debate the merits of New Brunswick’s new climate action plan until we raise the amount of hot air in the atmosphere to dangerously toxic levels. But, in the end, we are forced – some of us kicking and screaming – to agree that as government proclamations go this is a pretty good one.

Sure, it lacks specificity on what to do with the coal-fired generating station at Belledune (apart from acknowledging a phase-out sometime between 2030 and 2040). And it makes no promises on precisely which form of carbon pricing scheme it intends to adopt (an outright tax or a cap-and-trade system).

But where it falls short in some areas, it compensates in others – a fact that has not escaped the attention of normally arch critics of the provincial Liberals. “The premier needed to go the first minister conference with a good pan in his pocket and he’s got it,” said David Coon, leader of the Green Party of New Brunswick, last week. “It’s a plan he can put on the table alongside the ones the premiers of Ontario, Quebec and Alberta have put together – it is in that league.”

Others, of curse, are not so sure. After all, no one in politics gets a free ride in the plaudits department. As Kevin Lacey, regional spokesperson of the Canadian Taxpayers Federation told the Telegraph-Journal, “No matter what mechanism they choose to price carbon, it will be borne by the average worker who will end up paying the costs. A carbon tax is another in along line of cash grabs by this government. First the HST hike and now this carbon tax will make it harder for working families already struggling to make ends meet.”

Still, the mantra of this government – and, now, every other across the land – is that greening the economy and economic development are not mutually exclusive concepts. As some costs and prices increase, new opportunities for business and job creation emerge. Says Premier Gallant in the statement that accompanied the plan last week: “This will help us combat climate change in a way that respects New Brunswick’s economy, challenges and opportunities.”

In fact, the document is refreshingly declarative on the subject of environmental relief and economic development. “The provincial government will design and implement a clean-technology acceleration strategy that: Builds on early-stage innovation research, development and demonstrations (RD&D); accelerates clean technology commercialization; fosters greater clean technology adoption; and enhances connections and collaboration between business market needs and research expertise to accelerate the development and use of clean, low-carbon technology solutions.”

It will also “Create the conditions for growth and job creation in the areas of clean technology, products and services related to climate change in all sectors such as housing, agriculture, forestry, manufacturing, energy efficiency, renewable energy, information technology and transportation.

It will “Support a culture of innovation to pursue economic opportunities presented by our changing climate such as tools and approaches to adaptation developed in New Brunswick that are marketable elsewhere.”

Meanwhile, it will “Work with the tourism and recreation sector to pursue new opportunities presented by our changing climate and to promote New Brunswick as a world class destination. . .(and) take advantage of the large financial opportunities that exist through reducing energy costs and the potential for reinvesting the savings into New Brunswick’s economy.”

Naturally, there will come a time when this government – should it persist into a second term – will be held to account for its promises of greener pastures and jobs. But for now, the plan to get us there appears both prudent and possible.