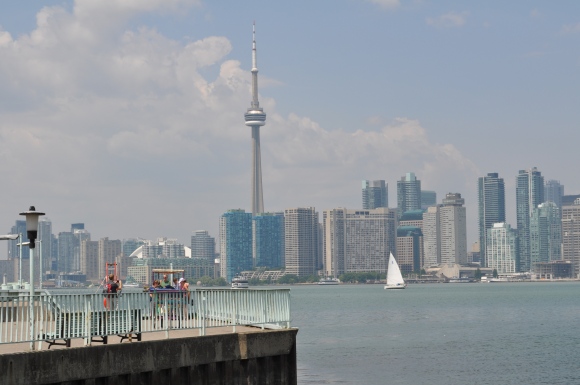 Toronto was, once upon a fanciful time, one of the least assuming major cities in the western world. Affordable, polite, even deferential, it stood there on the North American landscape with nothing to offer but its reputation for blurting to the world: “Sorry, eh?”

Times have changed. I now walk through the neighbourhoods of my youth and witness the full-scale transformation of tiny shacks, which may have cost hopeful, young couples all of $12,000 to buy in the early 1960s; today they’ll set you back about a million bucks.

How do I, a Toronto boy, reconcile my kid memories, growing up in the city’s once-gritty, amazingly fun Yorkville district with the recent news?

“The average selling price of all homes in the Greater Toronto Area skyrocketed last month, climbing 33.2 per cent from a year ago to $916,567,” blared the Toronto Star last week. “The latest data from the Toronto Real Estate Board comes as policy-makers mull potential measures to slow the rapid pace of price growth. Here are some of the factors believed to be playing a role in the upward trajectory of house prices in Canada’s largest city:

“The arrival of newcomers to the city is a frequently cited reason for rising prices. Roughly 120,000 people immigrated from outside of Canada into Ontario from July 1, 2015, to June 30, 2016, according to Statistics Canada, with a sizable portion of them landing in the Toronto area. ‘(The city) is a magnet for both other Canadians and for people from other countries, and it’s the economic engine of the entire country,’ said Dianne Usher, senior vice-president at Johnston and Daniel, a division of Royal LePage.”

Then, there’s this from the same news source: “One of the culprits often fingered for soaring prices in the GTA is the lack of developable land. In 2005, the Ontario government introduced the Places to Grow Act, a piece of legislation aimed at protecting the Greenbelt and curbing urban sprawl. However, the legislation is often also blamed for escalating real estate prices, as some argue there isn’t enough land to build homes. Usher says the two land transfer taxes that Torontonians have to pay have also discouraged many from selling their homes, further exacerbating the supply problem. ‘It’s stopping people from moving up,’ says Usher. ‘They’re renovating and adding on instead of moving.’”

As we endure another round of ‘he-said-they-said’ nonsense in New Brunswick’s everlasting controversy broiling over property-tax assessments, we might remember that other municipalities in this grand nation of ours remain absurdly overpriced. That shouldn’t render us sanguine about our own circumstances, but nor should we jump to conclusions about the putative land of milk and honey that Toronto – ‘The Big Smoke’, ‘The Six’ – has always represented.

A place is only as accommodating as its citizens decide it must be. For my money – both figurative and literal coin – Moncton has been the most welcoming burg in my getting-younger life. It routinely opens its hearts and minds to newcomers. It may struggle with the condition of its downtown, its cultural cohesion, its frequently challenging school system and educational amenities, but it has never failed to improve, evolve and remain essentially liveable.

Sadly, I can no longer say that about the city where I was born, some 1,000 kilometres due west, up the track.

Shortly, my better half and I will board a plane to visit our daughter, son-in-law and their two beautiful kids in the gritty heart of TO.

You can bet that city won’t be blurting: “Sorry, eh?”