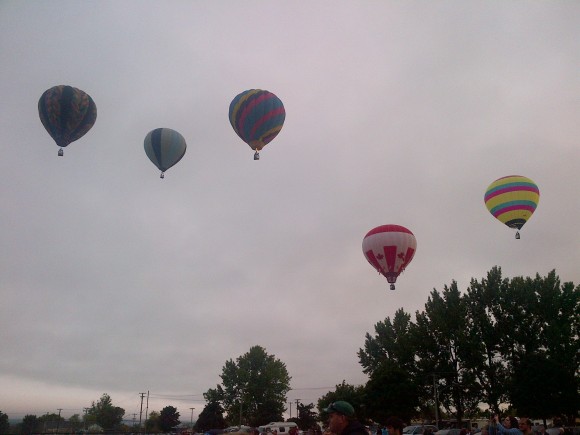 Give them all an “E” for effort. Despite their varying commands of French, the 14 candidates in the Conservative Party of Canada’s leadership debate in Moncton last week performed. . .well. . .let’s just say they performed.

No rhetorical flourishes. No flashes of glittering insight. No big surprises. Still, neither were there major linguistic mistakes from the Anglophones in the cohort, struggling in French. Thank heaven, perhaps, for small mercies.

In fact, Moncton was an odd choice as a host city for the Tories’ finger-waving chinwag. Apart from its almost evenly bilingual population, you would think its determinedly entrepreneurial élan and increasingly multicultural demographic might make certain Conservative leadership hopefuls a tad uncomfortable.

Speaking of Alberta’s Kellie Leitch: She did not disappoint. On the subject of so-called Canadian values, we may recall, the center-right candidate had this to say in September: “Canadians can expect to hear more, not less, from me, on this topic in the coming months. Screening potential immigrants for anti-Canadian values that include intolerance towards other religions, cultures and sexual orientations, violent and/or misogynist behaviour and/or a lack of acceptance of our Canadian tradition of personal and economic freedoms is a policy proposal that I feel strongly about.”

That prompted this choice response from Ms. Leitch’s colleague and leadership rival Michael Chong: “(This) does not represent our Conservative Party or our Canada. The language and context that Kellie used has led key Conservatives, including prime minister Harper’s former director of policy (Rachel Curran), to criticize this move as the worst of dog-whistle politics.”

In Moncton, the two were at it again. “On one side, we have a candidate who suggests that immigrants are anti-Canadians and who proposed an exam,” Mr. Chong said. “They insist that it is not race-baiting or anti-immigrant, but just yesterday their campaign was endorsed by a white supremacist group called the Council of European Canadians.”

To which Ms. Leitch rejoined, “Every country in the world is having this discussion. And just because the media and other elites don’t want to have this discussion doesn’t mean we should be afraid of it. Many of my colleagues on this stage are intimidated by the media but I am going to continue to talk about this because this is common sense, this what Canadians want to talk about.”

Clearly, the issue of who is a “true” Canadian and who is not has become as much a local and provincial issue as a national one. After all, New Brunswick, which has opened its arms to Syrian refugees, is constantly looking for ways to accommodate more immigrants. But Ms. Leitch’s particular brand of populism appeared calculatingly similar to U.S. president-elect Donald Trump’s and not especially well-pitched to a Moncton crowd.

More successful, if not particularly illuminating, were the generally congenial observations about Atlantic Canada’s economic and demographic challenges, which are the low-hanging fruit of any debate on the region’s future. According to one CBC report, “While candidates mostly agreed on the need for encouraging immigration and finding new ways to create jobs to encourage young people to stay, (Mr.) Chong also advocated an enhanced working income tax benefit, which he said would provide more incentive for older Canadians to keep working.

“Lisa Raitt said it made sense when Stephen Harper’s previous Conservative government increased the retirement age to 67, although she knows it can be hard. She said it’s important for seniors to stay active and she’d encourage them to remain in the workplace.”

The way things are going, in either official language, do we have much choice? 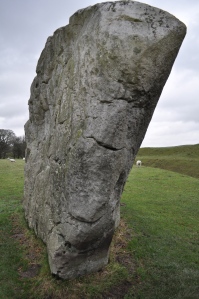 The rock of stupidity

Foot-in-mouth disease is a perennial affliction for politicians with too much time on their hands. Inevitably, they lunge to stuff their double-wide size-nines into their gaping maws   before sandal weather makes even that routine task too noxious to contemplate.

Maybe this is why the malady always seems to emerge in the backwoods of the back benches just as a hard winter refuses to give up its ghost to a merry spring.

Maybe the Conservative Member of Parliament for New Brunswick Southwest, John Williamson, can explain the phenomenon as he is, after all, the frontrunner in the nation’s 2015 “Shut-Your-Piehole” sweepstakes.

Calling his own comments at the Manning Networking Conference in Ottawa over the weekend, “the worst mistake” of his professional career, Williamson – a former communications honcho for the Harper government – apologized on Monday for stipulating that paying “whities” to sit on their arses, through the Employment Insurance system, while private businesses import “brown people” to perform all the heavy lifting in the goods-producing and service economies, defies logic.

According to the record, first reported by iPolitics, the gum-flapping MP originally told the crowd in Ottawa this:

“My part of the country, I deal with temporary foreign workers and the interaction with employment insurance, and it makes no sense from my point of view – I’m going to put this in terms of colour, but it’s not meant to be about race – it makes no sense to pay ‘whities‘ to stay at home while we bring in brown people to work in these jobs. . .When I have 10 to 12 per cent unemployment rates in my province, I’m not going to abide by a policy that encourages people to stay home and collect an EI cheque and bring people from overseas to fill these jobs.”

Then he told Chris Morris, legislative reporter for the Telegraph-Journal, this:

“I don’t think there is any explanation for the words I used, which is why I unreservedly apologized. This is the worst mistake I’ve made as an elected member and also over my 20 years of writing and commenting on public policy. . .I am deeply disappointed in myself.”

Still, this is not the first time young Johnny has found his mouth out of sync with his circumspection. Last summer CBC reporter Jacques Poitras revealed that the good fellow could not remember whether or not he endorsed a federally supported economic program. Not much later, following the item, the politico conceded that, yes, he did. Oops, sorry, eh?

Official apologies for the most egregious lapses in judgement have become the “free-get-out-of-jail cards” in this and every other democracy. An elected official says something breathtakingly stupid, insulting or (sorry, John-boy) patently, obviously racist, and the voting public is expected to let it pass – no harm, no foul.

Why? Because, more often than not, with more frequency than we ever have before, that’s exactly what we do.

We let it pass.

Oddly, Williamson’s mea culpa suggests that he knows as much about the lurkers and trolls of social media as he does about the true complexion of the Canadian workforce – the latter are more likely to forgive his transgressions against decency and tolerance than are the former for his “caving” to the so-called “brown people” in the midst of the Great “Whitie” North.

All of which says that this particular MP’s foot-in-mouth condition is only a symptom of a much more insidious disease infecting the body politic of this nation – in fact, it’s the least of his, and our, galloping ailments.

Scroll down through the statements and declarations, past the partisan reactions and mealy-mouthed disclaimers, and you arrive at the heart of the matter right below the counter that indicates this relatively short item generated a whopping 3,499 comments in less than 48 hours. The temper of many of the remarks tells you all you need to know about Mr. Trudeau’s political acuity.

“I have to give it to Justin Trudeau on this one since he has the guts to stand up and say what people want to hear even if they disagree,” writes STIL SMOKING. “The cons walk that fine line of poll results and reaction then change what they said and say they didn’t say what was printed.”

Adds toothpainpick, “I look forward to legalized marijuana. Legalization of marijuana will open up recruitment into our police forces across the country and allow current members to consume it, should they wish. This should reduce the alcohol driven militarized mentality of our present forces and perhaps lead to a more thoughtful intelligence in the administration of law upon our streets.”

Meanwhile, HS1979 wastes no time getting to the point: “I will be voting Liberal. Well done, Justin Trudeau!”

Well done, indeed. But not for the reason most advocates of legal pot might assume. Until, quite literally just the other day, Mr. Trudeau evinced almost no interest (at least, publicly) in sanctioning soft drugs – certainly not as a plank of Liberal party policy. In fact, his pronouncements tended to fall well within the mainstream of political thinking, which remains far less enlightened than public opinion on the subject of  cannabis use.

As recently as last year, Mr. Trudeau say weed is “not great for your health” as it “disconnects you a little bit from the world.” Three years ago, he told a magazine interviewer “It’s not your mother’s pot.” It’s stronger and, he said, “We need all our brain cells to deal with our problems.”

Well, maybe not all our brain cells, after all.

Last week, while in British Columbia (otherwise known as spliff central), Mr. Trudeau declared to assembled members of the media, “Decriminalization is a great first step (but) I’m in favour of legalization as well, because we control it, tax and regulate it, we allow for development of a medical marijuana industry,” before adding carefully, “I certainly wouldn’t want to encourage people to use it. . .but in terms of respecting Canadians and their choices. . .and following where the science leads us is a responsible way of government.”

It’s a line of reasoning from which we may infer that any other position, from any other political party, is disrespectful of “Canadians and their choices”, anti-scientific and an irresponsible “way of government”. Or, as Mr. Trudeau, himself, observed, “The Conservatives base their approach on ideology and fear. I prefer to base my approach on evidence and best practices and I think that is what Canadians will respond to.”

If recent polls are any indication, he’s right. His fellow citizens generally support legalizing marijuana just as they generally disapprove of the hard-line elements in Conservative Party’s social agenda.

Observers on the right of the political spectrum think Mr. Trudeau has given Prime Minister Harper a cudgel with which to beat him. They’re also right. But, in this case, it won’t matter.

By aligning himself with the majority opinion, Mr. Trudeau forces his political enemies to defend the minority position. The more they fall for the bait, the more ridiculous they appear in the eyes of the voting public.

Here’s Justice Minister Peter MacKay sounding like a bewigged, 19th Century barrister, full of bluff and bluster, as he told the CBC last week: “Our government has no intention of legalization. I would think Mr. Trudeau should look at other areas in which we can end violence and drug use and end this societal ill. . . I find it quite strange frankly that Mr. Trudeau would be talking about legalization as a priority at this time.”