In Canada, all children are being left behind 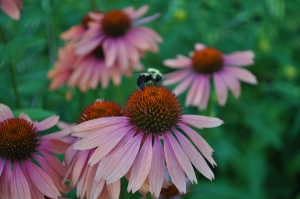 On almost every issue of significance to Canadian society, the federal Conservatives and NDP could not stand further apart. But on child care, in at least one important respect, they march in lockstep together: Both parties dramatically miss the point.

Early childhood education should, first and foremost, be about children – their welfare, their development, their opportunities to become happy, engaged, enthusiastic learners, thinkers and, eventually citizens.

So what, pray tell, does the Harper government’s determination to line parental pockets with a few more ducats every year under its Universal Child Care Benefit have to do kid-centred early childhood education?

On the other side of the ideological coin, what does the New Democrats’ proposal to subsidize as many as a million new daycare spaces across the country have to do with preparing the next generation of leaders, educators, professionals and skilled workers?

In contrast, the Tory concept seems tethered to weirdly antiquated notions about motherhood; its new $160-per-month, per-child under six, program is an undiluted attempt to resurrect the conviction that women with kids do actually belong in their homes until such time as they can make their great escapes back into the working world (yeah, after 10 or 12 years, good luck with that, ladies).

Still, each model, in its own way, utterly ignores the compelling bang for the billions of bucks each purports to spend, simply because neither focuses on kids, but rather on the adult parents, whose votes will fuel the next great democratic lottery come the autumn of 2015.

To this audience, Mr. Harper likes to say things like: “We have always been clear that money and support to help families raise children should not go into more bureaucracy. It should go to the real experts on child care. That’s mom and dad, and that is what we are doing.”

Well, no, actually, mom and dad are not always, or even usually, the “real experts on child care”. (My wife and I certainly weren’t when we had our two kids in the early 1980s).

Then again, neither are, necessarily, the legions of lightly trained, underpaid, overburdened daycare workers slogging away in frequently poor conditions from coast to glimmering coast in this country.

The real experts are those who have studied the science, research, policy and practice of early childhood development.

And, in fact, this model works in Canada.

Look to Quebec, for one.

Just one decade after that province introduced a universal early childhood education system, integrated into higher grades, it went from the bottom to the top on many social indicators.

From having Canada’s lowest female labour participation rate, it now has the highest. Where Quebec women were once less likely to attend post-secondary education than their counterparts in the rest of Canada, today they dominate. Meanwhile, student scores on standardized tests have gone from below the Canadian average to above.

The research also shows that Quebec fathers are more involved in child-raising than ever before. Now, 82 per cent of fathers in that province take paid leave after the births of their kids, compared to just 12 per cent in the rest of Canada.

I have lifted all of this, shamelessly and almost verbatim from the Early Years Study 3, published in 2011, because it is the gold standard of research on this subject in this country.

“Based on earlier studies, we estimate that in 2008 universal access to low-fee childcare in Quebec induced nearly 70,000 more mothers to hold jobs than if no such program had existed – and increase of 3.8 per cent in women employment,” Montreal economist Pierre Fortin wrote in 2012. “By our calculation, Quebec’s domestic income was higher by about 1.7 per cent, or $5 billion, as a result.”

All of which should persuade any thinking person that public policy on child care should be about the child – not the venal, cynical intentions of political operatives looking to the next election, the next opportunity to lock in votes at the expense of real socio-economic progress.

In this respect, the lockstep march of the federal Conservatives and NDP is one step forward and one step backwards – which is to say standing still and, therefore, nowhere.

No need to gild the finance minister’s good record

They came not to bury Caesar, but to praise him. Boy, did they ever.

Former federal Finance Minister Jim Flaherty’s passing on Thursday – at 64, reportedly from a heart attack – dominated the front page of the Globe and Mail’s Friday edition. In fact, “dominated” might not be the right word; utterly blanketed would be a more accurate description.

Our “guiding force” was gone; the man who “shaped the Conservative Party, the nation and the world’s response to the Great Recession” was no more, tragically cut down in the late-middle-age of his life. It took eight reporters and editorialists to say so.

Political Affairs Correspondent John Ibbitson’s walk down memory lane was almost affecting: “In politics, you do what you gotta do. . .At the end he (Flaherty) was pretty happy with his record. . .But then, he was a pretty happy guy. Back when we were  both at Queen’s Park, he’d drop by the press lounge every now and then late on a Friday afternoon to mooch a beer and find out what the boys and girls were saying. He always greeted you with that impish grin, trolling for gossip, though he seldom offered up any of his own.”

At the back of the paper’s front section, the lead editorial continued the eulogy: “Goodbye to the little giant. . .Mr. Flaherty was a giant in the Harper cabinet, and not just because he ran the department whose control of the purse strings makes it, to some extent, the ministry of everything. He was one of the few Harper ministers who acted with considerable independent authority.”

Indeed, it’s difficult, even impossible, to recall another Canadian public official of Flaherty’s metier accorded such a fulsome tribute as this. Pierre Trudeau, Tommy Douglas, Jack Layton, perhaps; still, they were all leaders of national parties and political movements. They weren’t finance ministers.

But, of course, therein lies the answer.

One of the great foundational assumptions of the post-recession era – especially by the Ontario-centric national press gallery – is that Mr. Flaherty’s foresight and steady hand prevented the country’s Toronto-based financial institutions from circling the drain along with all the others in the wild, wild west during the financial collapse of ’08. For many media mavens, that “fact”, alone, makes the former finance minister’s track record a far more compelling story to tell than even the prime minister’s.

Another key supposition of the modern age is that Mr. Flaherty’s fiscal stimulus program (Economic Action Plan) – all tallied, about $150 billion – was singularly responsible for preventing the economy from crashing and burning, given the private lending community’s terror of bad debt during the recession. Again, this “fact” has served the frequent press portrayals of the “little giant’s” rock-star status both at home and abroad.

There’s truth in both claims: Mr. Flaherty was a competent steward of the economy in tough times; had he been an inflexible ideologue with a fetish for balancing the nation’s accounts in a zero-growth environment, the road to recovery would have been much rockier than it was.

But the real secret behind Canada’s relatively robust financial performance during the era of diminishing expectations – at least compared with those of the United Sates, and much of continental Europe – was, and is, its responsible and well-regulated banking system and monetary traditions.

Mr. Flaherty deserves plaudits for not messing with these (the way former U.S. President Bill Clinton disastrously did with his nation’s laws when he repealed the 1933 Glass-Steagall Act that had, for 66 years, successfully separated commercial from investment banking). But he doesn’t deserve credit for engineering a recovery with a system he merely inherited.

Neither does he warrant much praise for using the Economic Action Plan creatively and to truly productive effect by making strategic investments in crucial infrastructure, higher education and training, advanced technology commercialization, and work-based poverty reduction programs. To have done so would have invited internecine warfare in his own party.

Mr. Flaherty should be remembered in public circles as a bright, decent, effective, and tough cabinet minister. He was also that rarest of birds in the Harper government: he could both tell and take a joke.

But he was not Caesar, and he never sought that company.

Perhaps, that’s one reason he left Parliament a month ago: Too many little emperors running about, taking credit where credit is, most certainly, not due.