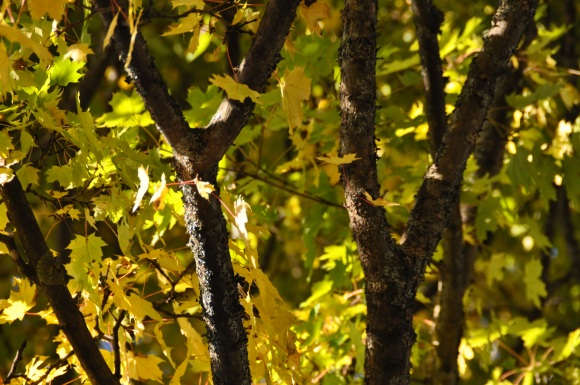 If Ontario’s government hopes to maintain public support for its new full-day kindergarten (FDK) program, it had better abandon its inexplicably dismissive attitude about the regime’s evident growing pains.

News reports this week suggest that the province’s ministry of education has been flooded, in recent months, with complaints by both parents and educators about bloated class sizes and the noise, disruption and confusion this caused in several schools last academic year.

In at least once instance, as many as 40 tykes were crowded into a room. Documents obtained by the Globe and Mail through a freedom-of-information request indicate that “about 640 kindergarten classrooms, or eight per cent of those that introduced the (full-day) program had more than 30 children. . .according to a confidential briefing note to the minister in January.”

Moreover, the Globe reported, “Martha Hradowy, who represents early childhood education workers at Windsor’s Greater Essex County District School Board, said the situation has become so dire that some schools have created learning areas for full-day kindergarten students, which hold about 100 children. Classrooms are divided into four separate corners.”

This is exactly the kind of bad press no government should want as it implements the final phase of an FDK soft launch to all schools in the province. And yet, so far, the ministry’s response has been decidedly tepid.

Noting that daycares in the province are required, by law, to maintain a one-to-eight caregiver-child ratio and that pre-school primary programs must limit class sizes to no more than 23 kids, government officials blithely allowed that, at present, there is no comparable cap for FDK, only a requirement that school boards preserve an average class size of 26 throughout the system.

Certain Ontarian editorialists of my acquaintance are, no doubt, itching to get busy scribbling their provocative nonsense in response to this new, so-called crisis in public education. “Ontario’s kids crammed into classrooms like sardines in a can”, “Ontario’s schools turning into factory farms”, “Ontario’s kindergartners pay the price for nanny-state meddling,” the headlines will scream.

The overcrowding, these pundits will write, proves that Ontario is nowhere near ready to assume the responsibilities of providing efficient full-day kindergarten; indeed, that such a monumental task is probably beyond the administrative and fiscal capabilities of any province in this country.

They will then use the point to segue into an entirely separate, if equally specious, argument: that there is no credible proof that FDK or, indeed, any form of early childhood education provides lasting social, psychological or educational benefits to kids; and that those youngsters who do evince advanced interpersonal and academic skills as a result of their exposure to such programs lose these advantages over their more classically schooled peers by the end of Grade One.

The arguments that it can’t be done and that it’s not necessary, anyway, have dogged the discussion about publicly sponsored and subsidized child care and early education for decades.

But it’s only been within the last 50 years when rigorous research and empirical evidence have shown that state investments in these programs have generated multipliers (in the reduction of public costs related to poverty, drug addiction, alcohol abuse, crime, illiteracy, innumeracy, and mental illness) worth billions of dollars a year in countries that have had the perspicacity to spend the money accordingly.

And the suggestion that all kids eventually even each other out, regardless of their early childhood education backgrounds (or lack, thereof), is hardly a resonant reason for abandoning such programs.

Who would want his enriched, curious, empathetic kid suddenly leavened in grade school by the lower common denominators in his midst?

The growing pains the Ontario government’s FDK program now suffer are serious, but they are perhaps predictable and, more importantly, eminently fixable.

Now is no time for officialdom to take them lightly. 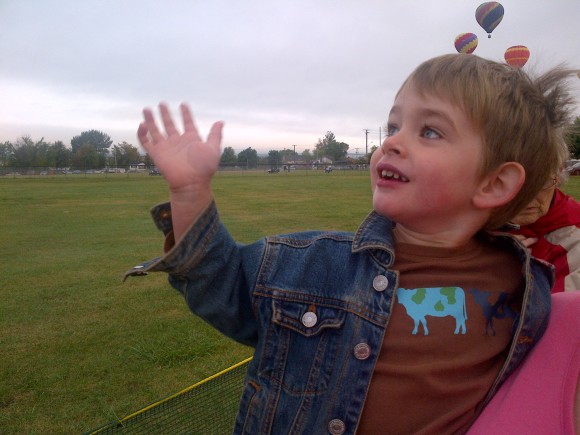 A debate now rages over what constitutes a proper grade-school education in Canada. Should it be, for example, a straight, by-the-numbers approach (literally) to teaching math? Or should it be a more flexible, creative, play-based model of problem solving?

It matters, because, until just recently, Canadian children have lagged their counterparts in other developed countries on international tests of basic numeracy and literacy skills. Increasingly, the best jobs in the world are going to European kids, whose educational systems have given them a leg up in the competitive, knowledge-reliant global economy.

So, it should come as no surprise that a recent study on the efficacy of full-day kindergarten in Ontario – introduced four gears ago – is generating ample heat in the pages of the nation’s self-appointed arbiter of social values.

Last week, the Globe and Mail’s education reporter, Caroline Alphonso, bylined a story claiming that a new analysis from the Ontario Institute for Studies in Education (OISE) at the University of Toronto “is raising questions about the value of full-day kindergarten, showing children attending the program in Ontario are no better in reading, writing and number knowledge at the end if Grade 1 than their half-day peers.”

The piece quoted study leader Janette Pelletier, a professor at OISE, thusly: “I would say the challenge is to improve play-based programs that contribute to lasting change in things like writing and number knowledge. And we want to make sure that learning in Grades 1 and 2 builds on engaging learning in full-day kindergarten.”

Within a day of the article’s publication, the Globe’s letters page bristled with commentary, both for and against FDK, starting with Professor Pelletier, herself. “Your report on my preliminary research,” she wrote, “did not put enough emphasis on the significant benefits of full-day kindergarten. I stressed that the findings of the study show the strong vocabulary and self-regulation benefits of full-day kindergarten. These are the cornerstones for life-long benefits of early childhood programs, including better education and mental health.”

Moreover, she scolded, “cherry-picking to create a negative impression regarding positive research results is not helpful to the public discourse about something as important as early childhood education.”

Such are the perils, perhaps, of reporting from the front lines of the great and eternal conflict over human perfectibility. How do we measure achievement, and which achievements are more relevant than others at various stages in a kid’s academic career? What’s more, whose opinions should we heed?

Doretta Wilson of the Society for Quality Education in Toronto thinks that would be her. In a letter she wrote wrote to the Globe, she insisted that “the best way to ensure that children are prepared to learn is to implement explicit, direct instruction of primary reading and mathematics in Grades 1 to 3.”

But is this actually verifiable? Is the best way to make kids active learners to keep them out of early childhood education programs and away from school until the last, possible minute and only then commence drilling math and language concepts into their supple minds.

All of which, of course, misses the larger point about play-oriented (yet, also structured) early childhood education: Its true value, as Professor Pelletier and other experts in the field attest, is in its capacity to nurture and encourage certain qualities of character and habits of mind and expression that are foundation stones to later learning.

In her letter to the Globe on March 31, Kerry McCuaig, fellow in early childhood policy at the Atkinson Centre of the University of Toronto, wrote, “all the full-day children (in the OISE study) were significantly ahead of their half-day counterparts in self-regulation, which includes impulse control and the ability to focus on tasks. Research is showing that self-regulation may be far more important than IQ in determining the grades children achieve in school, attendance, time spent on homework, how aggressive they are, and even how vulnerable they are to risky behaviour as teens.”

In fact, the body of evidence suggests that early childhood learning before and right through full-day kindergarten is not the expensive frill its detractors claim; rather, it is an essential aspect of a student’s entire academic career, and a fundamental predictor of human health and social stability.

The only debate that now makes sense having is how best to implement these programs universally and publicly across Canada.

As Ontario Premier Kathleen Wynne exhumes the corpse of John Maynard Keynes and pivots from belt-tightening to sluice-opening in her bid to jumpstart the nation’s largest provincial economy, fiscal conservatives are already muttering darkly about the consequences.

Why, wasn’t it just two years ago when Don Drummond, an economist, suggested that Ontario get its fiscal house in order by avoiding a few costly distractions, including full-day kindergarten, “the cost of which,” The Globe says, the good fellow “pegged at $1.5 billion.”

This is, of course, just the sort of false economy that deficit hawks and their ideologically right-wing fellow travellers love to embrace. And it’s one reason why Canada does not maintain a universally accessible, structured system of early childhood education, integrated into public schools nationwide.

Nope. As parents and grandparents, our political leaders assure, we know best. About everything. We are the bosses of our home lives, the masters of the little blighters we bring into the world. You can keep you nanny state. Just send me my Child Tax Benefit and stay out of my way.

In a paper, penned and dated October 25, the economist states that “more access to affordable and high quality pre-school education could help to boost literacy and numeracy skills and would help to reduce income inequality in the long run.”

Specifically, he notes, “Investing more in children would help to address Canada’s essential skills challenge. Evidence from an international benchmark study on literacy showed that 5-in-10 Canadians have literacy skills below the desired level for a modern knowledge based economy, while 6-in-10 have below desired numeracy skills. Canada’s performance in the 2012 survey was weaker than in the prior surveys in 2003 and 1994. And, Canadian youths scored lower than the average of youths in other industrialized economies.”

What’s more, “Raising investment in early childhood education would bring long-term benefits. Most studies show that a one dollar investment reaps a long-term return of 1.5-to-3 dollars, and the return on investment for children from low income households can be in the double digits.”

The obvious question is: What are we waiting for?

Erecting a national system of early childhood education might cost as much as $4 billion. But that’s a bargain given the savings promised through lower incidence of poverty, joblessness and crime and higher rates of entrepreneurship, innovation and productivity.

As Mr. Alexander points out, “Businesses strive to balance short-term priorities with their long-term strategies. The same is true for policymakers. Governments . . .can’t lose sight of the need to develop the most skilled labour force of the future. And, the future is our children. This calls for much more investment in high equality early childhood education and better access for such services for low and middle income Canadians.”

In fact, a recent precedent on the kindergarten front supports the broader argument.

“When looking at the evidence,” writes Charles Pascal (a professor at the University of Toronto, and former early learning adviser to the Premier of Ontario) in a recent piece for The Toronto Star, “the number of children with risk factors who have had two years of full-day kindergarten has dropped from 27 per cent to 20 per cent. Even after one year of Ontario’s world-class play-based learning program led by our highly competent early learning educators, risk in the area of language and cognitive development has plummeted a stunning 75 per cent.”

These aren’t mere conjectures; they are tangible results. And they should be enough to convince even the most uncompromising austerity devotee in our midst.