The stiff upper lip to success 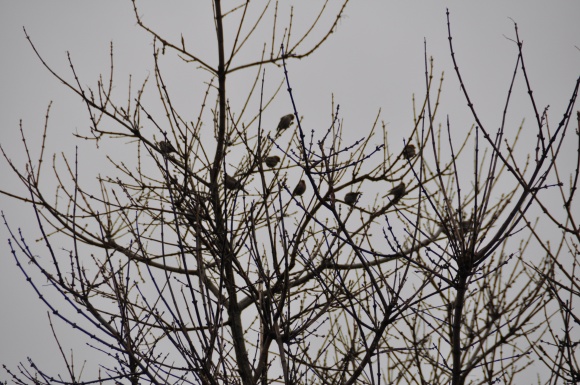 New Brunswick’s estimable finance minister, Blaine Higgs, promises as a matter of course that he will announce no new tax hikes at next month’s grand budget reveal. To which we curtsy politely and thank the graveyard of foreboding that dominates Fredericton for small mercies.

Still, at this stage in the daily, grinding, “this-too-shall-pass” culture of what is, indisputably, Canada’s least economically promising province, higher taxes will serve precisely no purpose.

The time for a boost in the HST was four years ago. Today, when a precipitous drop in revenue to government coffers is related entirely to a concomitant decline in business income, the taxman’s various dogs just won’t hunt anymore.

Meanwhile, the list of likely economic saviors grows ever longer, even as it begins to blur the boundaries of credibility.

There is a pipeline into Saint John. It will, we are assured, bring Alberta oil into the Port City for refining and subsequent export to locales both exotic and mundane. In the process, it will employ hundreds of skilled and able-bodied men and women (thousands during the construction phase). At least, that’s the scuttlebutt. Boosters are still looking for the project’s starter pistol, which seems to have gone missing.

There is some fresh promise in the mining sector, no thanks to The Potash Corporation of Saskatchewan which, according to a CBC report in early December,  “issued a blow to one of the Alward government’s hopes for job creation in the province.

The company is laying off more than 1,000 people, including 130 in New Brunswick, due to what it describes as slumping demand for its potash and phosphates, which are used to make fertilizer. . .Just last week the provincial government issued a request for expression of interest to explore for and mine potash in New Brunswick.”

Of course, there is always (groan!) shale gas. In fact, there might be 70 trillion cubic feet of the stuff below ground in New Brunswick. If any of it is extractable in a commercially viable sort of way (that is, before oil and gas prices wobble too far into the red zone), then a new fossil fuel industry could create hundreds of jobs and top up the government’s bank account with new taxes and royalties.

On the other hand, there is the little matter of the screaming meemies to which the chronically anxious among us succumb whenever the phrases “government oversight” and “hydraulic fracturing” appear in the same sentence.

It appears that the rest of us are fated to follow their lead as it is embraced by the next premier of the province, Brian Gallant, who has already announced his planned moratorium on further shale gas development once he trundles into power this fall.

And yet, somewhere, in all of this, we’re missing something vital, and it’s getting us down. Behind every commercial and industrial project – large, like a pipeline; or small, like a high-tech joint venture – are people.

That may sound trite, but our tendency is to perceive our economy as intractably composed of forces that are largely beyond our control. This is the language we allow our political leaders to adopt when times are tough and they shrug their shoulders in defeat: “Hey. . .Whaddya gonna do?”

In most cases, the answer to that question is: “Plenty.”

New Brunswick’s future might look rosier than it presently does if mega-deals for oil and gas and other natural resources were firmly on track. Still, this is not the alpha and omega of the province’s potential.

The real, durable future is being written in the idea factories of the private sector, in the common markets of the province’s small cities and feeder towns and villages, on the entrepreneurial front lines where problems are things you solve and obstacles are things you hurdle.

Listen closely, and you will still hear the relentless hum of enterprise, which remains happily oblivious to the macroeconomic demons that torture the province’s elected leaders, appointed officials and, as often as not, professional chatterers like Yours Truly.

If, as one of my colleagues in arms recently claimed, GDP is two-thirds consumer confidence, then attitude is everything.

Perhaps, then, we should try stiffening our lips and, for once, whistle obstinately past that graveyard of foreboding.