It’s not hard to understand why politicians vying for elected office routinely proclaim the number of people they intend to put back to work, if only the great unwashed would be so kind as to hand over the keys to the garden.

After all, job creation is the lowest-hanging fruit on the vine of campaign promises.

Who, among us, doesn’t understand the importance of a fully employed, adult citizenry? More to the prosaic point, who doesn’t want steady, reliable work for himself? And who isn’t, at least once, willing to swallow whatever sweet and succulent promise a politician offers, especially if it has to do with one’s livelihood.

Still, the problem with low-hanging fruit is that, all too often, it’s past its ‘best before’ date.

New Brunswickers witnessed this during former Progressive Conservative Premier David Alward’s term in office, in which he promised to create jobs across the broad spectrum of the provincial economy, only to preside over losses approaching 4,500.

Now, perhaps, we prepare ourselves for a repeat performance by the Liberal government of Brian Gallant (different party, same story), which, according to its own Department of Finance, appears fated to watch the provincial labour market shed hundreds, perhaps even thousands, more by 2018.

The reasons are pretty straightforward, and can apply to any government in this age of perennially straitened circumstances, regardless of ideological stripe and partisan palaver.

According to the Economic Outlook 2016-2017, which accompanied the most recent New Brunswick budget, “Weaker growth at the national and global levels, challenges in the export and manufacturing sectors, slower-than-expected growth in investment and continued weakness in the labour market contributed to subdued growth in 2015. . .Real economic growth of 1.3 per cent in 2015 (is estimated), down from 1.8 per cent projected at budget last year. This estimate is consistent with the latest consensus among private sector forecasters.”

On the other hand, “Economic activity is expected to be tempered by demographic realities, private sector investment, fiscal measures and the recently announced suspension of operations at the Picadilly mine. Private sector forecasts may not reflect the latter development, which will put downward pressure on their projections.”

In fact, “Growth conditions will be further limited by PotashCorp’s announcement that it was indefinitely suspending operations at the Picadilly mine. The economic impact will be partially mitigated in the short-term by transitional measures being offered by the company. However, the effect of the suspension will continue to be felt well into 2017.”

Add to this boiling cauldron of trouble New Brunswick’s rapidly aging population and low birth rate and you have the perfect recipe for moribund economic conditions and, at best, stagnant job prospects. Or, as the finance department’s report observes, “Looking ahead to 2017, external demand and further government capital spending will drive economic activity. However, an aging workforce, overall population decline and weak private sector investment will curb growth.”

Naturally, all this translates into job losses, not growth.

Indeed, evidence of deep-rooted rot in the province’s economic garden has been extant for several years. And, except for specifically dunderheaded moves by certain elected officials, none of it is actually any individual’s or even government’s fault.

It’s a product of decades of short-sighted policy, calcified programming, and uncompetitive and complacent private-sector players. And, don’t underestimate the effects of rolling, increasingly deep recessions on resource-based, export-oriented jurisdictions, such as New Brunswick’s.

Despite their proclamations, politicians don’t create employment in the private economy.

But when they fail to deliver the fruits of their campaign promises – jobs – perhaps it’s only right that they should lose their own.

The dummies of small things

Let’s face it, no government drops a budget without engaging in a substantial amount of tortuous explanation and twisted logic.

The problem, of course, is that elected officials are notoriously poor spin doctors; voters, more often than not, easily penetrate their veils of assurances and, worse, never forget the degree to which political prevarication undermines everyone’s faith in public institutions.

Still, two measures in the New Brunswick government’s most recent budget, announced last week, are precious, to the point of being almost adorable, for their utter lack of perspicacity.

It’s almost as if communications personnel at Freddy Beach downloaded a page from some apocryphal version of “Public Relations for Dummies” and attached it to their media emails.

In the first instance, provincial brain trusts thought they could explain a palpable drop in the personal income-tax rate (to about 20 from 21 per cent) for the highest earners in New Brunswick (those netting $150,000 or more a year) by emphasizing that the feds are planning to raise levies on these putative one-percenters anyway: a kind of glass-half-full-empty sort of argument.

In the second, the Gallant government justified its $400,000-a-year cut to the New Brunswick Arts Board – a move that would effectively render the arms-length organization extinct – by absorbing its staff into the civil service, which would then prosecute the defunct group’s mandate. This is despite the fact that the Province intends to eliminate as many as 1,300 public employees before its reigning Libs head to the polls again.

If we were, for example, to accept the Gallant government’s contention that fat cats in this province will still wind up paying their fair share in taxes, we must also perceive that a substantial amount of these levies will now travel to Ottawa’s coffers, leaving New Brunswick with an unfunded shortfall (based on original expectations) of close to $10 million a year.

That’s ten million bucks that won’t be available to offset the cost of the HST hike here, which affects pretty much all but the poorest. It’s certainly not going to defray the price of higher education or health care.

It is, purely and simply, a political giveaway to a higher level of government pursuing its own agenda, but which wears the same-colored jersey on the political football pitch.

Again, if we were to accept, in principle, the evisceration of the province’s arts board, what assurances do we have that the new ‘civil service’ to cultural workers will be fair and politically unmotivated. How do we know that it will even survive the next round of budget cuts?

As Akoulina Collins, the Arts Board’s executive director, lamented to the CBC last week, “We were informed that the (government) wished to respect the arm’s length nature of (the organization), yet in the same breath (they) informed us that they would be making contact with our employees to move them over to become employees of the government. . .It’s problematic.”

You bet it is. Political interference is always a danger in arts funding.

To be sure, these two, juvenile adventures in budget butt covering are minor; given New Brunswick’s enormous fiscal challenges, they amount to nothing but chump change.

Still, they are troubling for a government (in fact, all governments in recent years) that fails to appreciate the effect even its littlest decisions have on its ability to govern.

It is, after all, the small thing voters remember.

Remembering that might save the next government from torturing its explanations to justify its logic.

The deficit facts of life 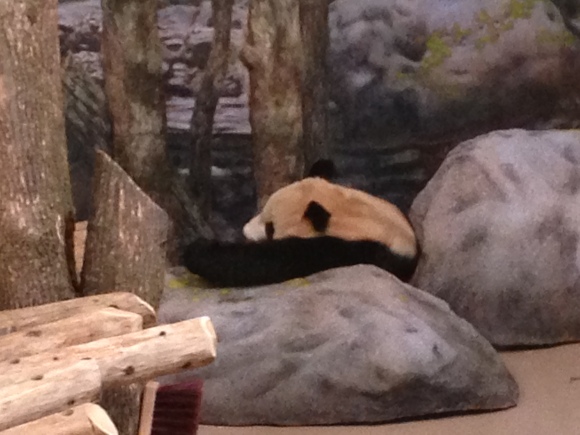 Balance the budget, certainly; but not just yet. In a nutshell, this was what New Brunswick Finance Minister Roger Melanson told assembled ladies and gentlemen of the press and other observers at Tuesday’s provincial budget announcement.

Still, though it seemed to take almost everyone off guard, the news that annual deficits – despite this year’s combination of tax hikes and spending cuts totaling nearly $600 million – would be facts in our lives until at least 2020-21 was not actually surprising.

In fact, a careful review of the budget measures reveals that some sort of pernicious shortfall was always in the cards.

On the revenue side, yes, the Gallant government raised the Harmonized Sales Tax to 15 per cent, from 13 per cent, effective July 1. And, yes, it also goosed the corporate income tax rate to 14 per cent, from 12 per cent; increased tobacco taxes by three bucks a cigarette; boosted the one-time property transfer tax; and hiked capital tax rates on banks.

On the other hand, the finance department decided against tolling any roads in the province, and even snuck through a modest decrease in the income tax rate the province’s top earners face.

On the spending side, yes, the government announced it was slashing 1,300 civil-service jobs over the next five years; 30 per cent of middle-manager positions were on the chopping block. And, yes, it also terminated the Gagetown ferry; amalgamated its 40 contact centres across the province into four; and froze operating grants to universities.

Again, though, it left both the departments of education and health virtually untouched – at least, in any significant way. Both Mr. Melanson and Health Minister Victor Boudreau recently confirmed that there’s very little appetite among the voting public for dramatic cuts to these, the province’s largest and most expensive program portfolios.

Said Mr. Melanson about his “fun-with-figures” exercise over the past few weeks: “The decisions we are announcing today on expenditures and revenues will lead us to a balanced budget and meet our commitment to get our finances in order. This is very important because we currently spend more on serving our debt than we do on post-secondary education.”
Complicating matters, of course, is the economy, which isn’t broadcasting especially cheerful signals these days. “Economic activity is expected to be tempered by demographic realities, private-sector investment, fiscal measures, and the recently announced suspension operations at the Picadilly mine,” Mr. Melanson reported.

Naturally, what frustrates close political watchers in this province is the fact that a $300-million tax-revenue boost haul will have only a modest impact on New Brunswick’s bottom line.

The deficit is now running at approximately $466-million. If the Province’s projections prove to be accurate (and, be honest, when have they ever?), the next-year-over-this-year improvement in the annual shortfall will be somewhere in the neighborhood of $100-$120 million.

That’s not bad, but it’s nothing to write home about. And it’s certainly not likely to quell the concerns of business lobbyists, who think taxes are the devil’s work, and fiscal hawks, who believe New Brunswick can find multiple savings in its health and education systems if its political leaders are willing to close surplus classroom, consolidate hospitals and clinics and take a meat cleaver to the associated labour force.

To be fair, though, who’s going to do that?

Our deficit, it seems, will be with us for a while.