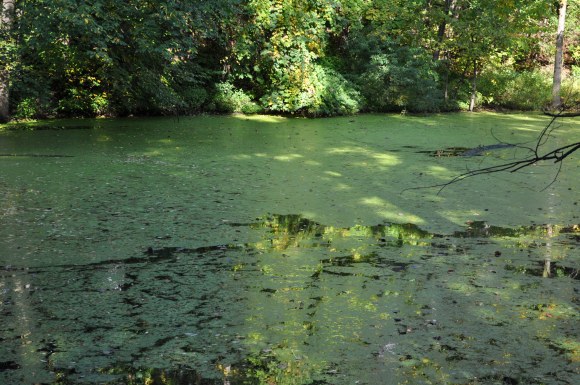 You have to hand it to him. If nothing else, New Brunswick Premier Brian Gallant is a man of his word.

He galloped into office with a promise that, he believed, resonated with most voters: No more fracking, of any kind, until proof emerges that the process can be rendered safe and harmless to the environment (by which standard, we might all be wise to follow our children west to Alberta, where fantasies do, indeed, come true).

Then, a week before Christmas, he brought down the hammer.

“We have been clear from Day One that we will impose a moratorium until risks to the environment, health and water are understood,” Mr. Gallant told reporters in Fredericton, after he announced new amendments to the province’s oil and natural gas act that prohibit both water and propane-based fracking in the search for commercially exploitable shale gas.

The premier also made it clear that companies may continue to explore for resources. It’s just that they can no longer frack in their efforts to assess the potential of some 77-trillion cubic feet of onshore shale gas that is estimated to lie beneath the surface – which is a little like telling someone that he may own a car, just not the engine.

Still, Mr. Gallant allowed, “We’ll certainly always listen to businesses that may have concerns and try to mitigate some of the impacts if they (believe) them to be negative on their operations.”

Not surprisingly, the CEO of Corridor Resources had a few choice words to share. “We have always maintained that a moratorium is not necessary for an industry that has operated responsibly and safely in this province,” Steve Moran told the Saint John Telegraph-Journal on December 18. “Here is an industry that wants to create more jobs and they just basically shut it down. . .We expect that the government of New Brunswick should want to fully understand the potential rewards of allowing the industry to proceed, while ensuring the risks are manageable and acceptable.”

What’s more, he said, “The only certainty is that nobody will ever know the economic potential, should hydraulic fracturing no longer be permitted. To not allow the work to continue, would amount to a refusal by the government of New Brunswick to ask the question  of what the reward of pushing this resource might be. We would consider that a wasted opportunity for the people of New Brunswick.”

And, not incidentally, for Corridor, itself, which has over the past several years invested upwards of $500 million on the industry in this province.

Still, it’s not as if Mr. Gallant had left many options for himself. Breaking so fundamental a campaign promise in these early days of his term might have been politically suicidal (though, a strategist might argue that this is precisely when one wants throw one’s pledges under the bus; the public’s memory grows mighty short when economic development flowers from a broken word or two).

Mr. Gallant’s predecessor, Tory Premier David Alward faced a similar Faustian decision: raise the provincial portion of the HST, as every mainstream economist advised, or keep his campaign promise to maintain the status quo (note, of course, how well that worked out for him in the end).

Politics aside, it’s not clear, in any of this, what will constitute “safe” and environmentally benign fracking procedures. According to the premier, “Any decision on hydraulic fracturing will be based on peer-reviewed scientific evidence and follow recommendation of the Chief Medical Officer of Health.”

If the approach now involves reviewing the evidence of natural degradation from fracking in jurisdictions other than New Brunswick, how relevant is one state’s or province’s experiences to our own?

According to a New York Times investigation, published last month, in North Dakota “as the boom (in shale gas) really exploded, the number of reported spills, leaks, fires and blowouts has soared with an increase in spillage that outpaces the increase in oil production,” partly because “forgiveness remains embedded in the (state’s) Industrial Commission’s approach to an industry that has given North Dakota the fastest-growing economy and lowest jobless rate in the country.”

Four our part, the tolerances of New Brunswick’s own regulatory regime are not something we’re likely to test any time soon.

On that, we have Mr. Gallant’s word; and, so far, his word is good.

A moratorium that’s missing in action

Something has put the swagger back into Steve Moran’s step. The CEO of Corridor Resources is pulling his best impression of Mad Magazine’s mascot, Alfred E. Neuman, these days. What, him fret?

“We’re a little bit worried about the short term, but over the long term, no, we’re not as concerned,” he told the Telegraph-Journal last week, regarding the New Brunswick government’s decision to slap a moratorium on hydraulic fracturing in shale gas development.

“We think government officials understand the potential of the resource here and we think that once they feel they have addressed their issues in terms of health and safety that they will come around and that we’ll be back to work. . .We are confident that, over time, we will work our way through this moratorium.”

All of which raises an interesting question: What moratorium would that be?

The new Liberal government of Brian Gallant has been threatening to level a temporary ban on fracking since long before their election win.

Indeed, it’s not too hyperbolic to say that more words have been expended on the potential perils to human health of hydraulic fracturing than there has been gas extracted from the ground.

Here’s the new premier on the subject two weeks ago: “We believe there should be a moratorium on hydraulic fracturing due to the lack of information concerning the risks to our environment, our health, and our water. I think it’s important for people to know what we’re concerned about – it’s the process of extraction called hydraulic fracturing.”

Now, here’s Energy Minister Donald Arseneault just last week at the New Brunswick Exploration, Mining and Petroleum conference: “We have a clear mandate from the people and a very consistent message over the last two years that we want a moratorium on the shale gas industry. We had a clear mandate on election day to move forward on that and that’s what we are going to bring forward in the near future.”

Again, when, exactly, would that be?

In reality, it is not at all clear that the Liberals have received a “clear mandate from the people” on this issue. Some surveys conducted before, during and after the election campaign indicated that the public in this province is deeply divided on hydraulic fracturing. If anything, the edge seems to go to the pro-gas lobby as long as the industry can provide credible, verifiable assurances about its safety practices and environmental stewardship.

Neither is it clear that Messrs. Gallant and Arseneault are singing the same tune, let alone from the same song sheet.

There’s a big difference between slapping a ban on the shale gas industry, as Mr. Arseneault is mumbling about doing, and carefully parsing the distinction between hydraulic fracturing and other methods of resource extraction, as Premier Gallant is wont to do.

One definitively slams the door; the other leaves it open just a crack.

Of course, in this parade of mixed messages, Mr. Aresneault has been a marvelous band leader.

On the tricky position into which any sort of moratorium would put Corridor Resources and its gas customer Potash Corp., the minister weaved for the Telegraph-Journal earlier this month:

“The last thing we want to do is potentially put certain operations in jeopardy. For me, PotashCorp is a major player in New Brunswick. It’s a concern for me. It doesn’t mean that it gives everybody a green light, but it’s definitely in the back of my mind that I’ve got to be conscious and responsible going forward.”

As to the fate of PotashCorp’s new Picadilly mine without ready supplies of fracked natural gas, Mr. Arseneault said, “Those are the questions we are going to be asking the company. If we didn’t impose a moratorium, what is the activity they have planned for the next couple of years? Having a moratorium, how will it impact their operation? Will it impact potash? We haven’t settled on a specific menu other than we know there will be a moratorium.”

But, I wonder if that’s even certain anymore.

Indeed, Steve Moran, is there something you’re not telling us?