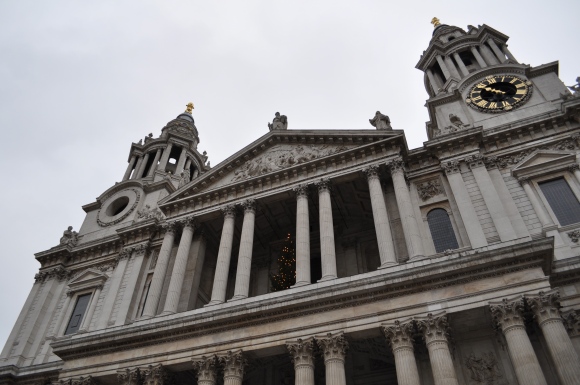 What price doth the future demand?

Although Quebec’s Charter of Values is not, by any sane measure, a beacon of wise public policy, at least two of its civic programs indisputably are: its public child care initiative and its school system.

Fifteen years ago, La belle province launched universal, full-day, $7-per-diem early childhood education, a program unlike any other in Canada and one that a recent Globe and Mail report described as a “a wildly ambitious experiment in society-building – a controversial $2.2-billion bet that better daycare can not only transform child development but also vastly improve the prospects of women and the poor, and build a better labour force.”

Today, 15 years later, Quebec teenagers are among the most mathematically proficient secondary schoolers in the world; on par with their counterparts in Japan, and not far off the mark set by those in Macau-China.

Considering that the rest of Canada declined precipitously in the 2012 Organisation for Economic Co-Operation and Development survey, compared with results from 2006 and 2009, it’s hard to escape the conclusion the Quebec’s structured and integrated approach – a “whole child” concept that provides both consistent and standardized learning opportunities from pre-kindergarten to post-grade school – is actually working.

That may come as a great disappointment to libertarian brand warriors, both in and out  of government, who believe that schools should reflect the diversity and often unequal capabilities of the “customers” they serve.

For many, the Bush-era mantra of “no child left behind” means literally that: by hook or by crook, all kids matriculate either to university or into the workforce, regardless of their respective abilities to make change from a five dollar bill or find the square root of four (spoiler alert: it’s two).

That’s one reason why falling high school drop-out rates in Canada provides only false hope to educators, parents and employers. A far more serious problem is the widening skills gap – a complex problem that many experts say is exacerbated by rickety educational apparatus across the country.

“Jobs are being created, but we simply don’t have enough skills in the right place at the right time,” Alistair Cox, the chief executive of international recruiting firm Hays PLC told the Globe in October. “Sadly, there is a lot of friction in the system, which will make [the jobs mismatch] worse as the economy improves. . .Companies are really struggling to find the high-end niche skills that they need for the jobs that are available.”

Added the Globe writer: “One problem in filling the skills gap is that educational institutions take so long to redirect their resources to the jobs that are opening up, while immigration rules are being ‘tuned to mass and unskilled migration issues, as opposed to highly skilled migration,’ Mr. Cox said.”

It may well be as Paul Cappon, a senior fellow at the graduate school of international and public policy at the University of Ottawa, tells the Globe this week: “Canada will continue its decline in all international rankings in the education field until it develops a national strategy – including standards and shared learning outcomes for all age and grade levels.”

But Quebec’s example suggests that such ambitions are worthy. They even become workable when you consider the economic impact.

“We estimate that in 2008 universal access to low-fee childcare in Quebec induced nearly 70,000 more mothers to hold jobs than if no such program existed – an increase of 3.8 per cent in women employment,” concluded a report by Canadian economists Pierre Fortin, Luc Godbout and Suxie St.-Cerny a few years ago. “By our calculation, Quebec’s domestic income was higher by about 1.7 per cent ($5 billion) as a result. We find that the tax-transfer return the federal and Quebec governments get from the program significantly exceeds its cost.”

Indeed, given the larger and longer-term contributions of a national model of early childhood learning and disciplined public education to the country’s prosperity and competitiveness, any program would be a bargain at thrice the price of Quebec’s.