Leaders must read the writing on the wall 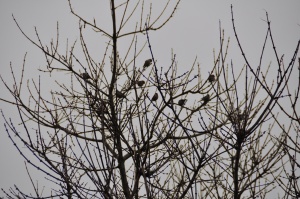 Like creating jobs and ending poverty, no issue is more liable to elicit a chorus of unanimity from otherwise divergent political voices than building a literate workforce.

The question that customarily divides campaigners along traditional party lines during an election cycle is: How?

Specifically, in New Brunswick’s case, how do do we improve adult literacy levels (56 per cent of people in this province can’t read well enough to function competently on a daily basis), and burnish language, numeracy and problem-solving skills among anglophone and francophone children here (they come in last among their peers across Canada, according to one well-respected Organisation for Economic Co-operation and Development study)?

Conservative Leader and reigning premier David Alward seems to think the challenge requires superior multi-tasking abilities: “Certainly, the work we have begun on inclusion and ensuring that every child has an opportunity to learn to their fullest extent,” he told the Saint-John Telegraph last week on his way to never quite finishing his thought, let alone sentence. “The work as well to ensure we have healthy bodies through increased physical activity.”

He’s right, to the extent that a lazy, unfit frame more often houses a similarly afflicted mind, unsuited to and ill-equipped for learning.

But New Democrat Leader Dominic Cardy is more in line with current pedagogical thinking when he suggests a simple, elegant fix. “If we create a universally accessible, affordable high-quality early childhood education system, linking existing private infrastructure in schools and centres with government-supported ones where necessary, that is going to unleash a huge amount of economic,” he told the T-J.

How much economic potential ECE manages to unleash in jurisdictions where it is systematically introduced and integrated with later grades in the public school system is a matter of some debate.

Still, the results of one recent study, published last fall, of 693 Ontario kids in Grade One indicated that those who had participated in two years of full-day kindergarten (FDK) in that province were much better equipped to thrive in school than those who had not.

In fact, in recent years, the efficacious effects of early child education on literacy, numeracy and problem-solving has been rigorously studied all over the world. And the findings all lead to the same conclusion: It works.

Last October, the Solutions Network of the United Nations issued a report that recommended that  “all girls and boys complete affordable and high-quality early childhood development programs, and primary and secondary education to prepare them for the challenges of modern life and decent livelihoods (and that) all youth and adults have access to continuous lifelong learning to acquire functional literacy, numeracy, and skills to earn a living through decent employment or self-employment.”

At virtually the same time, The Economist appealed to the world’s governments to demonstrate some timely common sense: “Investment in the young should focus on early education. Pre-school is a crucial first step to improving the lot of disadvantaged children, and America is an international laggard. According to the OECD, it ranks only 28th out of 38 leading economies in the proportion of four-year-olds in education.”

Can New Brunswick afford a universal, integrated, accessible system of early childhood education in an age of massive, structural public deficits and debt? It is, admittedly, an enormously tough sell only because it defies any short-term rationale.

But if we don’t start thinking in the long term, and demand that our political leaders follow suit, our fiscal and economic perdition will become permanent features of our society – a society where illiteracy and innumeracy run rampant among the increasingly ignorant majority.