Drilling for common sense in the energy debate 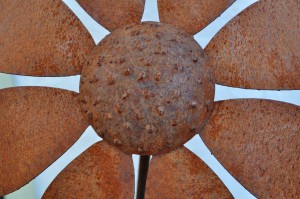 If all politics is the art of the possible, then the genre that inhabits New Brunswick is surely the craft of the calculating.

During the recent election campaign in the province, former Liberal Premier and current Deputy Chairman of T-D Bank Frank McKenna reportedly worked hard behind the scenes (and sometimes in front of them) to help the party’s fair-haired boy, Brian Gallant, comport himself well enough to hold on to the lead right into office.

Of course, that’s what political elders do: they mentor.

Still, given Mr. Gallant’s stand against shale gas development in the province, the pairing did seem odd.

In an interview, two years ago, Mr. McKenna told me in certain and enthusiastic terms, “We have in situ now, calculated by Corridor Resources Inc., 67 trillion cubic feet of gas. That’s bigger than western Canada. It’s a huge deposit! If 10 per cent is exploitable, that’s enough to create a revenue source for New Brunswick for decades to come. All in, it would result in about $15-20 billion in investment and 150,000 person years of work. And for governments, it would result in between $7-9 billion worth of royalties and taxes. . .The way I look at it, the real win comes when we take our indigenous shale gas in the province and hook it into the Canaport liquified natural gas (LNG) facility in Saint John.”

In other words, he said, New Brunswick’s shale reserves could change the conversation about the province’s anemic economy forever. They could transform the region into a jurisdiction whose wealth rivals that of Alberta, Saskatchewan, Pennsylvania or North Dakota.

“What we need to understand is that just by the roll of the dice, we have landed in exactly the best position on the board at this moment in time,” Mr. McKenna said. “We have a Canaport facility with massive storage and with a jetty, getting right into deep water. We have a port that’s ice free and has the capacity to accommodate the biggest vessels in the world. The West Coast can’t do that.”

The former premier was similarly straightforward about the province’s overall condition: “This isn’t just a problem of leadership in government. It’s also a problem of followership. Our citizens have to understand the full depth and breadth of the dilemma that we are facing, and they have to be prepared to face up to some inconvenient truths. It means that they have to become less reliant on government and more entrepreneurial. It means that they have to take responsibility for their own futures.”

Still, if Messrs. McKenna and Gallant stand far apart from each other on tight onshore gas (though they remain generally linked by shared political purpose), the division is not likely to last long.

By vigorously arguing for a pipeline – perhaps, two – to transport Alberta bitumen into Saint John, the current premier is actually, though unwittingly, eroding the rhetorical wall he has erected around the shale gas industry.

That’s because it’s getting increasingly difficult for the unaligned majority in this province to appreciate the logic of Mr. Gallant’s position on fossil fuels.

For reasons that resist trenchant examination, we are told that pipelines transporting crude into New Brunswick are safer, more environmentally responsible energy developments than is drilling for natural gas using only proven, contemporary technology under a regulatory regime that’s reported to be the toughest in the world.

Wouldn’t it make more sense to do as Frank McKenna has suggested: Permit both undertakings to proceed carefully, yet expeditiously?

In the alternative, if the issue is less about safety than global warming, shouldn’t we take a page out of New Brunswick Green Leader David Coon’s playbook: Stop both projects from happening?

Banning one, and not the other assumes expectations of harm and safety that may be mismatched. After all, pipelines have been known to leak. If we are being asked to assume that risk, however small, maybe we should take another look at the safety record of the shale gas industry before we eject it from the field of possibility.

It’s a tricky calculation, but it’s one we may well be forced to make make sooner than we once thought.