Loosen up the ties that bind in Atlantic Canada 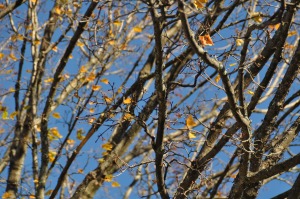 The Canadian Federation of Independent Business, that favourite whipping post of the progressive left, is no stranger to provocation.

“One evening in 1969, John Bulloch, a teacher at Ryerson Polytechnical Institute, was soaking in his tub and reading the new federal White Paper on taxation. He was infuriated to see it proposed a 50 per cent tax rate for Canadian small businesses.

The then Liberal government had exempted the powerful from many of its proposals, and proceeded to hammer small business and middle-income Canadians.”

One tax revolt and three years later the CFIB was born, and it’s been fighting what it believes to be the good fight ever since.

Consider the recent doings of its Atlantic Vice-President Jordi Morgan, one of the featured speakers at last week’s Sussex & District Chamber of Commerce (yours truly was the other one) annual business awards dinner. He’s incensed by interprovincial trade barriers. Indeed, he has every right to be.

Almost everyone in the Atlantic provinces – businesspeople, politicians, economists, academics – agrees that the framework regulating the flow of goods and services across provincial borders is archaic, frequently absurd and often pernicious.

In fact, dismantling inter-provincial trade barriers in Canada has been one of the putative goals of swaths of provincial leaders since the last decade of the 20th century, when the Agreement on Internal Trade came into effect to explicityly “reduce barriers to the movement of persons, goods, services and investments within Canada.”

The problem is the effort has been like drawing blood from a stone. As Mr. Morgan observed during his address last week, “It takes leadership, and will require considerable. . .courage.”

That’s because we have quite probably lost site of the lessons of our own history – a common enough occurrence in this and every other country.

“Earlier this year,” Mr. Morgan reported, “we surveyed our membership. . .Almost 89 per cent of our members who responded in Atlantic Canada agree the premiers should commit to reducing internal trade barriers. This is nothing new.”

He continued: “In 1864, the first of the Charlottetown conferences was convened to hammer out some of the philosophical and legal structures of our nation. . .The founding fathers found a point of agreement in opposition to Inter-Provincial Trade Barriers. They believed if Canadians were to prosper it was essential that all Canadians could freely access markets within the country.”

In fact, the Constitution is clear. Section 121 (March, 1867) states: “All Articles of the Growth, Produce or Manufacture of any one of the Provinces shall, from and after the Union, be admitted free into each of the other Province.”

But a funny thing happened on the way to the national marketplace. “Through a variety of decisions throughout the 20the century, subsequent judicial interpretations of section 121 served to open the door to closing more doors,” Mr. Morgan said. “While custom duties and similar charges remain prohibited between provinces, successive government have successfully closed or restricted their provincial borders through mazes of indirect taxation and absurd regulations.”

How silly have matters become?

The size of milk and cream containers are tightly mandated. Asked Mr. Morgan: “Do we need protection from the amount of milk we put in our coffee?”

Then there’s the annoying fuss over truck tires. “From province to province, the regulations aren’t consistent,” Mr. Morgan said. “There are situations where depending on the load, trucks must stop and change tires when they cross the provincial border to be in compliance.”

These are only a few examples from a regulatory regime that, more often than not, continues to obstruct trade long after the protections it once provided outlived their useful purpose. It also seems patently ludicrous that while Prime Minister Stephen Harper jaunts around the world signing free trade agreement with the Europeans, the fine for bringing the equivalent of two bottles of wine purchased in another province into New Brunswick is 300 bucks.

Within this context, interprovincial trade in goods and services should not be a politically charged issue. To its credit, the CFIB is not making it one.