Leave a comment
By brucescribe Economy, Government, Oil and Gas

Balancing the federal budget or bust 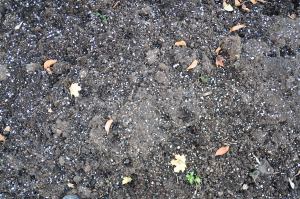 As the we wake up to the nauseating certainty that the Conservative government of Canada finds itself with its shorts down around its ankles, we might properly wonder what all that official, post-Great Recession palaver about economic stewardship and sound fiscal planning actually produced.

Plummeting oil prices – always considered a possible, if not likely, eventuality a year ago by those who actually pay attention to markets – have sent once-mighty prognosticators in high office scurrying like so many scared bunnies into a brier patch (as the oil patch, don’t you know, has become suddenly inhospitable for political animals of every stripe and species).

In fact, Finance Minister Joe Oliver is so shakent, he’s taking the unusual, if not altogether unprecedented, step of delaying the federal budget until “at least” April – all the better, presumably, to gauge the impact on federal coffers of lower dividends oil producers pay to the people of Canada in return for the economic license we have apparently granted to them.

Given that most experts now predict that volatility in the oil and gas sector will remain the new normal for some time (perhaps, as many as three years), it’s hard to cotton what Mr. Oliver’s finance department mavens are divining as they buy themselves a month to chew what’s left of their nails to the nubs.

Really? Why not make it two or even six, for all the good it will do.

The energy roller coaster now makes balancing the federal budget in any meaningful or sustainable way virtually impossible – so dependent on revenues from fossil-fuel production are government coffers; as are, in fact, increasingly broad swathes of the rest of the economy.

In 2013, according to Natural Resources Canada (NRC), the oil and gas sector generated $133 billion in gross domestic product (about 7.5 per cent of the national total) in his country. It employed 190,000 people, or about 1.1 per cent of the working, adult population, even as it accounted for $83 billion, or 21 per cent, of total capital expenditures in Canada.

Again, says an NRC bulletin, “Federal and provincial/territorial (P/T) governments in Canada receive direct revenues from energy industries related to corporate income taxes, indirect taxes (such as sales and payroll taxes), crown royalties (which are the share of the value of oil and gas extracted that is paid to the Crown as the resource

owner) crown land sales, (which are paid to the Crown in order to acquire the resource rights for specific properties.”

Moreover, “the largest share of government revenues is collected from the oil and gas industry, which averaged $23.3 billion over the last five years, including $20.7 billion from upstream oil and gas extraction and its support activities. Between 2008 and 2012, the energy industries’ share of total taxes paid (11.9 per cent) was in line with their share of total operating revenues (13.6 per cent).

So, when the price of oil takes a hit, so do we all in this country – at least, fiscally. That’s almost as immutable a law of nature as gravity or, more appropriately, the handwringing and teeth-gnashing of high-profile politicians determined to keep their promises – fool-hardy though they may be – come what may.

“The Conservative government is warning for the first time that falling oil prices could trigger new spending cuts in order to deliver on a promised balanced budget,” Bill Curry writes in the Globe and Mail this week. “On the heels of the surprise decision to delay the federal budget until at least April, the government is putting Canadians on notice that it is prepared to cut spending further rather than abandon its goal of balancing the books.”

It’s a challenge that Jason Kenney, federal employment minister, insisted in broadcast interviews last weekend could be met with “additional fiscal restraint.”  After all, he said, balancing the budget is a commitment we made to Canadians in the last election.”

It does, however, seem broadly nonsensical – and even amateurish, from a money manager’s perspective – to manufacture more austerity just to be able to show a book entry in black ink, fleeting though it may be.

Canadians want their government’s books in fine balance, yes – but not at the expense of programs that do more good for the economy than does a technical surplus the durability of which ultimately hinges on volatile forces beyond any one pledge-making politician’s ability to control.